by SeekersAdmin
in News and Announcements
Reading Time: 1 min read
15 1 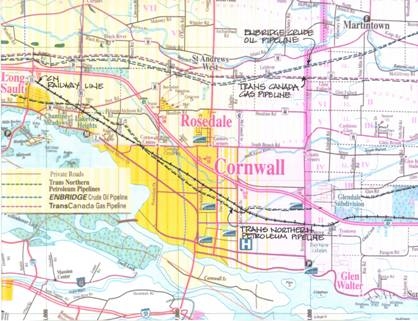 Cornwall Ontario — Transition Cornwall+ is notifying citizens that there are plans in place for another oil pipeline route through our area called Energy East.

According to Transition Cornwall+ it is different than the Enbridge Line 9 that was recently approved by the National Energy Board and would carry almost 4 times as much oil.

They claim Energy East would be the biggest pipeline in North America (bigger than keystone XL and over twice as long) carrying 1.1 million barrels of oil a day.

The Ontario Energy Board invites you to a community discussion being held next week in Cornwall: April 8, 6:30-9:00 Ramada Inn, 805 Brookdale Avenue.