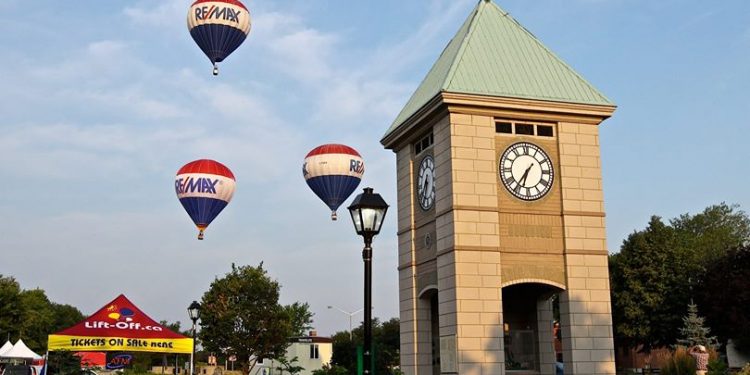 Here are the three winners that were announced at the AGM:

First place went to Dean Ducas for his photo of the Clock Tower at Lift-Off.

Second place went to Rob Dobson for his photo of children playing baseball.

Third place went to Jordan Tessier for his photos of the rides at Lift-Off.

The submissions were judged by volunteers from the Team Cornwall Board of Directors. They were looking for aesthetics, compliance with the rules, as well as relevancy to the purpose of the contest.

“We do not claim to know which photographs are the best, only which are the most relevant to our vision of Cornwall. If it were possible, we would award first place to every single one of our contestants!”

David Murphy, who is Vice Chair of Team Cornwall, explains, “The photo contest was an opportunity to showcase Cornwall from a photographer’s perspective. We have an amazing pool of talented photographers, both amateur and professional in Cornwall. Every submitted photo could’ve been a finalist, that’s how good they were. Congratulations to the winners and thank you for all the submissions. Once again, the arts community proves our local talent is second to none.”

The Seeker would like to say kudos to Team Cornwall for holding this photo contest. Congratulations to all the participants and winners.

Cornwall has a lot of photographic talent and we would like to show case more of it here. So here are some of the Seekers personal favourite photo submissions from the contest. Photos by Claude Bissonette, Dean Ducas, Ed Lefebvre, and Lee Ladouceur: