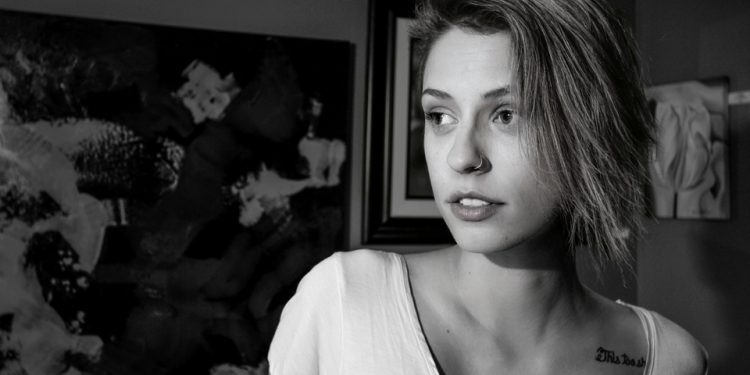 Cornwall Ontario — Steff Groulx, who was a contestant on Canada’s Next Top Model back in 2007, is returning to the modeling industry. The Cornwall born model, who stands at five-foot-eleven inches tall, has joined Sajency Models & Talent in Ottawa.

A lot has changed for Ms. Groulx since being on national television. She is a post secondary student studying Nursing, and she works as a waitress. She has learned a lot since being in the spotlight.

“I learned I don’t like to travel. I do it when I have to. I also learned the modeling industry doesn’t care about a whole lot other than what the person you are working for is trying to accomplish. It provides zero sympathy. You have to have a strong sense of who you are and what you want to be. It can be a very judgmental industry”.

Steff who is now 26 years old has learned a lot from her experiences. In retrospect Steff would have given herself the following advice when it came to auditioning to CNTM.

Steff began doing runway shows at eight-years-old. She was interested in fashion at a young age, and those childhood experiences taught her all the work that goes into a big production.

“At 8 years old I was into dress up, hair, make up, what eight year old’s get excited about. As a kid it was cool to see the construction of a runway show. 30 minutes of a walk way show was a day of planning, a really big production”.

What draws Steff to modeling now are the diverse fashions that can be found on the runway.

“Now, I am a big fan of fashion in general. I am into runway more than photography. I like the diversity of shows, from editorial high-fashion weirder side to the complete opposite like Chanel. From art to day-wear all in the same place, to see all of it, it is very eclectic”.

After a five year absence in the modeling world, Steff has metaphorically strapped her stilettos back on, and she has joined Sajency Models & Talent in Ottawa, a small new agency that is just taking off.

“I hadn’t modeled since I was twenty-one. I was a part of a big agency in Montreal. The main reason I left was that it was so big. They had so many models it felt like I was just another face not an individual. This is a small agency, a new agency. I have the ability to build those relationships, and get back in the game”.

Steff participated in her first modeling event last Saturday May 24th. It was the official launch party of Sajency Models & Talent.

“They had a contest offering fifteen spots in their agency. The 25 finalist walked in a runway show that featured two local designers. There were seven judges, myself included who judged the walkway performance, judged their attitude in closed curtain, and so on”.

The irony of being a judge is not lost on Steff who had once faced the judges at Canada’s Next Top Model.

“I was originally going to walk in the contest, I had agreed to open and close the show. Two owners asked if I would judge. Interestingly now I am torn, do I give tough love, or do I become a friend to these girls. Now in the position I can see how hard it is to judge, to be objective, and not to have people hate you if they take the judging personally.”

What exactly does it take to be a model? According to Steff it takes a lot to be a model and she lists three of the top things.

“First you have to look a specific way. They have to be pretty people regardless of size or weird or odd looking. Tall and skinny.

Second not to care what other people think of you. Follow through on what you think is right. When you are judged for being thin or wearing a provocative outfit, learn not to care. You have to separate who you are from your modeling.

Third, have confidence. Being timid or shy will never work in a runway. You need to exude a level of glamour or what ever the designer is looking for, whether it be sex appeal, or weirdness”.

At 26 years old, Steff’s top goal is to be involved in the modeling industry in one way or another.

“Fame and money have never been my primary goal. My top goal was not to win or become famous or to make money when I was participating in Canada’s Next Top Model.

It might not work out, 26 years is considered old in the modeling industry. I still want to try to get into the industry, whether it be scouting, coaching, being an agent. To learn those aspects, to immerse ones self in it, and to get a foot in the door”.

Congratulations Steff Groulx on your return to the modeling world. The Seeker would like to wish you the best of success!

All candidates debate at the Cornwall Civic Complex tonight