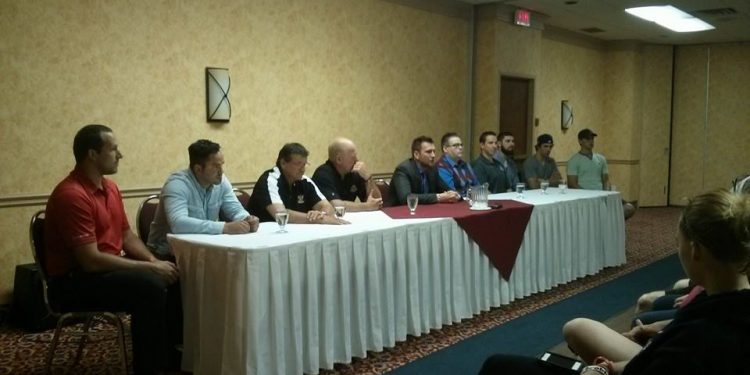 About a hundred River Kings’ fans showed up at the press conference Friday Night in show of support for the New Administration.

Earlier this week, Brock Frost, A Cornwall Real Estate Agent and Investor, announced that he had acquired the team, saving it from doom.

Frost took the opportunity to introduce his new management team.  Many of the former administration will remain on board and  Mitch Gagné, who has been with the team since the beginning, will serve as General Manager.

Questions flew in from the fans who expressed concerns about the team’s financial viability but  Frost was quick to reassure. “Even with the (city) contract as is, I have the team at a profit this years, and my numbers are very conservative.”

The next few weeks will be critical as the players’ draft,  new marketing plans and ticket sales all become a reality for the new owner.  And of course, the selection of a new head coach needs to be announced.

The Seeker wishes Frost and the River Kings much success.