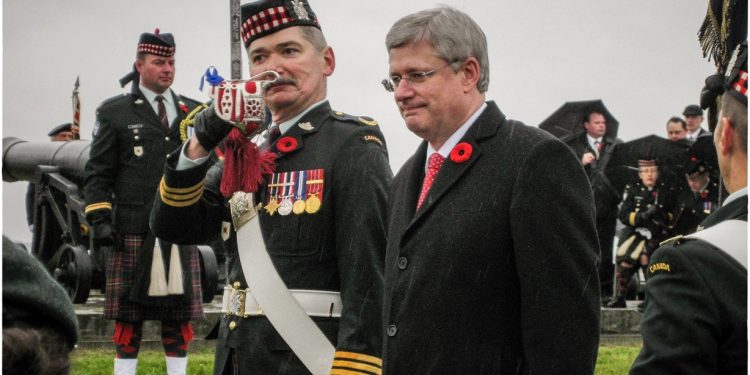 MP Guy Lauzon writes: Throughout history, Canadians have bravely fought tyranny and evil around the world to stand for what is principled and just. As this year marks the 70th anniversary of D-Day and the Battle of Normandy, our Government remains committed to recognizing Canada’s proud military history.

June 6, 1944, known as D-Day, was a pivotal moment in history and one of Canada’s most significant and successful military engagements. On that day, Canadian and Allied troops stormed the German defences on the beaches of Normandy.  Against difficult odds, Canadian forces advanced further than any of their Allies. Canada played an integral role in the success of the D-Day landings but victory came at a significant cost with 340 Canadians giving their lives, 574 wounded and 47 taken as prisoners.

Canadians continued to play an important role in the Normandy campaign and the struggle to liberate France. In all, Canadians suffered the most casualties of any division in the British Army Group during the Battle of Normandy with more than 5,000 making the ultimate sacrifice and losing their lives.

Through their brave and sacrificial service, they turned the tide of the Second World War and ultimately helped liberate Europe from Nazi tyranny. Today, we cherish Canadian values of freedom, democracy and rule of law – values for which they fought and died.

To commemorate this important historical milestone Prime Minister Stephen Harper led a Canadian delegation to France to participate in events commemorating the 70th anniversary of D-Day. And, in honour of their tremendous service and contributions during the Second World War, all Canadian Veterans of D-Day and the Battle of Normandy were made eligible for travel assistance to attend the 70th anniversary commemorative events in France.  Canadians from coast to coast to coast also joined in, honouring our Veterans by participating in local events paying tribute to their legacy.

On a note of local importance I had the honour of presenting a certificate of gratitude from the Canadian Government to Walter Solly, A WWII Veteran who took part in the D-Day Invasion. At 93 years of age, Walter has lived with an injury he suffered during the battle for the past 70 years. We were joined by WWII Veterans Alfie Lee, Rudy Julien and Gerry Grant.

It was a distinct honour for me to visit with these brave men on such a special day. Canada’s men and women in uniform have served, and continue to serve, valiantly. On occasions like D-Day, and every day, we remember the tremendous service and sacrifices of all our Veterans.