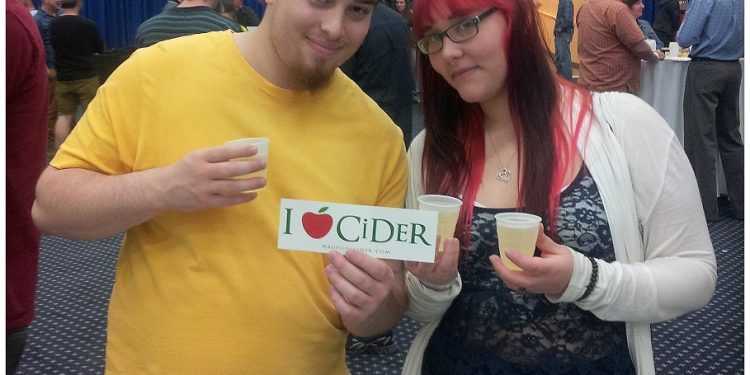 Cornwall Ontario — Many people gathered at the Nav Centre in Cornwall over the last weekend (Saturday, May 31st) for the first ever Eastern Ontario Festival of Beers. The soon to be annual event feaured over 50 varieties of different craft beer to sample.

There were several brewers from different parts of Eastern Ontario, as well as from Calgary and Montreal. There was also a cider company from Picton, Ontario. Representatives from each brand were present to interact and chat with the public while serving their product.

The venue was packed with over a hundred people circulating and visiting the different booths. Everyone was also encouraged to vote for their favourite brewery.

The deli bar also had non-alcoholic refreshments, sandwiches and assortments of cookies available for the guests. In addition to delcious tasting beer and food, there was also the sounds of music to stimulate the senses.

Acoustic performances by local musicians Chuck Leclair, Joe Hehir and Keegan Larose set the tone of the event and caught the ear of the festivalgoers. They performed some of their original songs as well as some classic covers that the audience knew very well.