About the bands playing Lift off 2014

by SeekersAdmin
in News and Announcements
Reading Time: 12 mins read
45 3 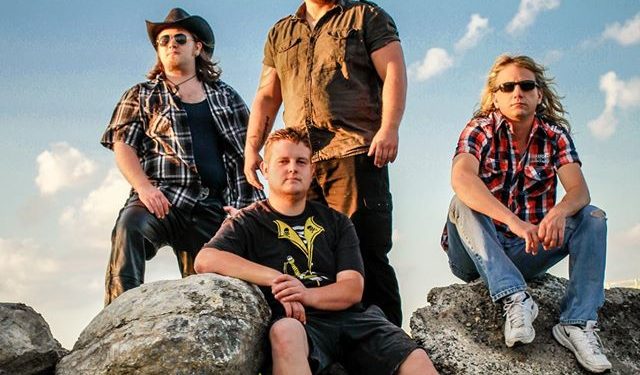 Cornwall Ontario — Kinsmen Cornwall Lift-Off 2014 has really added depth to the 2014 musical lineup by not only delivering four superior headliners for its 20th Anniversary but also delivering special guest performers and support acts that are currently emerging in the Canadian Music Industry.The Festival marked the celebration of local music in 2013, and in 2014 – will celebrate great emerging Canadian music with a few local bands returning by popular demand.

Throughout the weekend, main gates open at 4PM – a local “House Band” performance will be held from 4:30PM to 5:30PM daily- followed by the main show commencing at 6PM with Headliner performance at 9:30PM.

This is a tremendous music year to Celebrate 20 years of Lift-Off – built by the Community for the Community!

HOUSE BAND – 4:30PM – STREET ROADThis local 5 piece “seasoned to the max” rock band came together a very short time ago after a lengthy hiatus and not only will be kick starting Lift-Off but will also be performing on the Lift-Off stage for the very first time.Some of the members of this band have performed and toured throughout North America and are no strangers to the stage.

SUPPORT ACT – 6:00PM LOST BOYZTaking you on a musical journey through the 1980′s, a decade best known for its loud colorful fashion and ozone damaging hairstyles but one that also brought its own unique soundtrack.This 4 piece tribute act is set to take you on a track by track visit deep into the heart of the 80′s. Rock, Pop, Glam, New Wave, every base is covered! They bring it all with authenticity and accuracy, the hits you want, performed as you remember them!

DIRECT SUPPORT ACT – 8:00PM BARSTOOL PROPHETSThis Band screamed out of retirement with select shows in 2013 celebrating their 20th Anniversary.  They Signed to Mercury Records in 1994, the Cornwall/Ottawa natives went on to enjoy 7 rock radio hits in Canada and extensive video play and appearances on MuchMusic and MTV while touring relentlessly through the mid-1990s. HEADLINER – 9:30PM GLASS TIGEROriginally debuting under a different name, the band produced several hit singles in Canada and placed two songs on Billboard magazine’s top 10. They won three Juno Awards in 1986 and two more in 1987. They were also nominated for a Grammy Award for Best New Artist in 1987.   In 1993, after their third album and a brief Canadian tour, the band went on hiatus.  The lead singer released two solo albums before the band reformed and began touring again in 2003.In March 2009, This band and members of the NHL alumni visited Canadian Forcesstationed in Kandahar, Afghanistan.  The visit included live performances and footage was shown on an episode of Entertainment Tonight Canada.On July 1, 2013 they performed a free concert in Leduc, Alberta as part of a Canada Day Celebration, and this year – is performing a FREE concert for you Cornwall – in commemoration of Lift-Off’s 20th anniversary.

This Cornwall based Rock outfit will be performing on the Lift-Off stage for the very first time, led by a seasoned veteran rock drummer and 3 energetic newcomers to the local market – they have been getting down to the grind and will showcase a new breed of rock this weekend! SUPPORT ACT – 6:00PM – THE PAUL DESLAURIERS BANDThe trio is made up of a virtuoso guitarist and singer, has a masterful rhythm section on bass and an award winning drummer. The self-titled new electric album from these three pillars of the Quebec Blues scene has captured the subtlety and intensity, the unique interplay and excitement they are so well known for. This band has won numerous awards including being billed as having the top blues guitarist in the Country. SPECIAL GUEST – 7:30PM – THE GLORIOUS SONSThis band is a five piece band that have been making “noise” as of late in the Canadian music industry.  Winners of the Whyskey Rocks Showdown and the highly acclaimed competition, Rocksearch by 97.7 HITZ FM in 2014 skyrocketed their first single to #1 on the Canadian Rock Charts in the first week of release.  These Canadian emerging Rockers are currently sitting in 3rd on the Canadian Rock Charts and have placed in the top five for 15 consecutive weeks.   HEADLINER – 9:30PM – 54-40This band is a Canadian alternative rock group from Tsawwassen, British Columbia.The group formed in 1981 as a trio, they made their recording debut that same year, with four tracks on the independent compilation LP Things Are Still Coming Ashore, which also featured music by Vancouver bands Animal Slaves and Junco Run. The following year, the band issued the EP Selection.The band’s self-titled second album, released in 1986, began to attract attention from radio and record buyers across Canada, with one particular single gaining significant college radio airplay. The band’s third album, became their commercial breakthrough in Canada. In 2010, to celebrate the band’s 30 years together and almost 25 years since their first commercial album, the band went on a promotional concert tour across Canada.

HOUSE BAND – 4:30PM – MANDEE WOODSThis performer has been singing and writing music all of her life. Growing up in a musical family, that’s all she’s ever known. Her father was a touring musician and sound technician for both live music and movies.Her mother, who in addition to being a singer, was also involved in theatre as a designer and artist.  She most recently took part in the St. Lawrence Acoustic Stage Performances, is a vocal gem and will be performing the Lift-Off stage for the first time as a solo artist.   SUPPORT ACT – 6:00PM – HADRIAN’S WALLHailing from Eastern Ontario and Western Quebec, the six seasoned members that make up this band, deliver an impressive blend of Irish, Scottish and Canadiana music fused with elements of Jazz and Rock.This band has recorded and toured eight albums since 1995 as well performed at some of the biggest Celtic and World Festivals in North America, The Caribbean, and Europe. All of the band’s members enjoy a variety professional music pedigree that together makes them formidable, professional and an entertaining ensemble for all music audiences. SPECIAL GUEST – 7:30PM – THE DEVIN CUDDY BANDThis performer always made music his way, and some might argue, the hard way. As the son of one of Canada’s most beloved singer/songwriters, country rock has been the soundtrack to his entire life—he was born the same week Blue Rodeo began recording its 1987 debut album, Outskirts.From his home base at the Cameron House, the Queen Street West club that has long been the epicenter of Toronto’s roots rock scene, He has done just that on almost a nightly basis. At the same time, he has helped cultivate a growing contingent of like-minded young musicians to slowly but consistently spread the word coast to coast.This performer was nominated with a 2014 JUNO for Roots / Traditional album of the year and is one of Canada’s biggest emerging artist in the roots scene.

HEADLINER – 9:30PM – ALAN DOYLE: Lead Singer of Great Big SeaThis performer is a Canadian musician and actor, best known for his work as the lead singer of a very popular Canadian folk rock band called Great Big Sea – best known for performing energetic rock interpretations of traditional Newfoundland folk songs – their nine albums and two DVD releases have been declared Gold or Platinum. In the United States they are considered a major concert attraction, and play sold out theatres and hockey arenas across the continent.This Band won Entertainer of the Year award at the East Coast Music Awards every year between 1996 and 2000.  In 2001, they decided not to submit their name for nomination in order to allow other bands to compete. They have also been nominated for several Juno Awards including Group of the Year in 1998, 2005, 2009, and 2011.After 20 years of fronting his band – he is stepping out on his own.His first solo album represents the culmination of the musical journey he has been on since his days playing on the lanes and seashore of Petty Harbour. It has allowed him to explore the furthest reaches of his imagination and creativity, and while much of it began in his own basement studio, he ended up recording all over the world, as new ideas and friends came to the musical party and never left.

HOUSE BAND – 4:30PM – BUSKERS DREAMThe original focus for the three friends was to simply get together a couple nights a week and jam songs that they liked and share a few laughs.  However, it didn’t take long to realize that there was a strong band chemistry built on each of the members’ cumulative years of experience and a shared sense of humour that comes out in their live show. This will mark their first performance on the Lift-Off stageThe Lift-Off Board of Directors would like to give this band a special thank you for performing at Kinsmen Cornwall lift-off fundraisers throughout the year. SPECIAL GUEST – 6:00PM – GENTLEMEN HUSBANDSIn a lakeside town, This band grew to be friends long before they picked up instruments together. They learned work ethic before song structure, commitment before ability, and quickly realized the great Americana anthems they were raised on were written about life and love in small towns no different than their own.A short time ago – this band was unknown, they simply let the music do the talking and found themselves signed to UNIVERSAL MUSIC CANADA and have now become one of Canada’s top emerging Country Rock Bands. SPECIAL GUEST – 7:30PM – SMALL TOWN PISTOLSThese performers were formerly known as the band “The Wilkinsons” and are a Canadian country music duo that achieved success late in 1998 with a hit single that placed Number One on the Canadian country music charts and Top 5 hit on the U.S. Billboard Hot Country Singles & Songs charts – It was followed by another single that placed No. 1 in Canada.  The band has received nine Canadian Country Music Awards, one Juno Award and two Grammy nominations.In 2014, the band was nominated for Country Album of the year at the Juno’s HEADLINER – 9:30PM – DOC WALKERThis is a country music group from Portage La Prairie, Manitoba, Canada.They have been nominated and won Canadian Country Music Awards and Juno awards on 44 separate occasions with some of their wins including Group of the Year, Album of the Year, Single of the Year, Video of the Year and Fan choice of the Year – some more than once.With multiple Platinum and Gold selling albums, not to mention 20 top ten hits in the past 20 years, they are no strangers to the big stage.Even with several mantelpieces worth of hardware to their credit, and a growing international profile that has resulted in three Australian tours, the band refuses to rest on past laurels and strive for tomorrow.With DOC WALKER, Kinsmen Cornwall Lift-Off 2014 is truly going out with a bang to end its 20th anniversary celebrations!