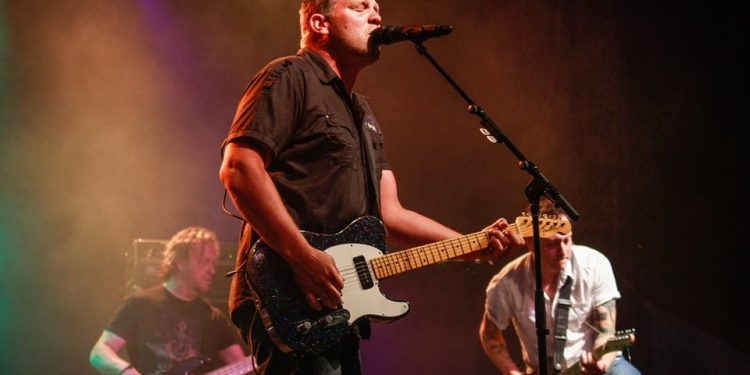 Cornwall Ontario — It rained early on Sunday, but it cleared up as the entertainment commenced. Headlining the final night of Lift Off was Doc Walker. Doc Walker is an award winning Canadian country band. They have won Canadian Country Music Awards and Juno Awards. Their hit radio songs include  “I Am Ready” and “The Show is Free”.

Before their set Doc Walker had a meet and greet with some lucky fans, including Kris Ward, who works at the college and also contributes to the Seeker newspaper.

Small Town Pistols played a high energy set Sunday evening. Much to the delight of fans there was a Wilkinsons reunion when their father Steve joined Amanda and Tyler stage.

Gentlemen Husbands put on a very good show too and kept the crowd who braved the wet weather entertained.

To open up the show was Switchgear, who replaced Buskers Dream to kick off the final day of Lift Off.

Congratulations to all the volunteers and committee members who made the 20th Anniversary of Lift Off a success. The Seeker is a proud sponsor of Lift-Off. Here is hoping for another great twenty years of entertainment!

Here was the entertainment line up for the 20th Anniversary of Lift-Off: