by SeekersAdmin
in News and Announcements
Reading Time: 2 mins read
25 2 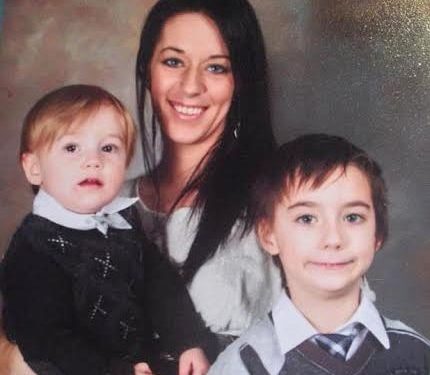 New Charity – All The King’s People will be operated and administrated on behalf of the Cornwall River Kings and the Booster Club. Its mandate will be to raise money for those in need, from people suffering from life-threatening illnesses to those who lack sufficient resources to pursue higher education and to children looking to be active in sports. All The King’s People will be holding its first fundraiser on Sunday, Sept. 7 in honour of Danielle Ouimet, a single mom from Cornwall who suffers from cervical cancer. “When I first heard of Danielle’s illness, I was almost in tears,” said Brock Frost owner of the River Kings. “This woman works hard to support her two children, Ethan (six) and Emmett (one) and can barely sustain the enormous medical bills that result from her trips back and forth to Ottawa for chemotherapy,” he said. “For me, helping her was not even a choice.”
Funds will be raised for Danielle by a variety ways throughout the day on Sept. 7. First, the River Kings and Queens will be holding a car wash and BBQ at The Brick Cornwall from 10 a.m. to 3 p.m. Second, the River Kings will have a merchandise booth at the Cornwall Speedway beginning at 6:30 p.m. The River Kings Blue & White game is also on Sept. 7 at the Cornwall Civic Complex, with an after-party being held at Shoeless Joe’s. A private party will then be held at Vu Nightspot.  A percentage of all money raised by the team on Sept. 7 will go toward Danielle’s medical bills, in addition to an RESP fund for her two sons, courtesy of Scott Beck from Sunlife Financial. For information on how to donate to this great clause, please contact the River Kings office at 613-933-9797. You can also contact Frost directly at 613-362-2461 or by email at [email protected].