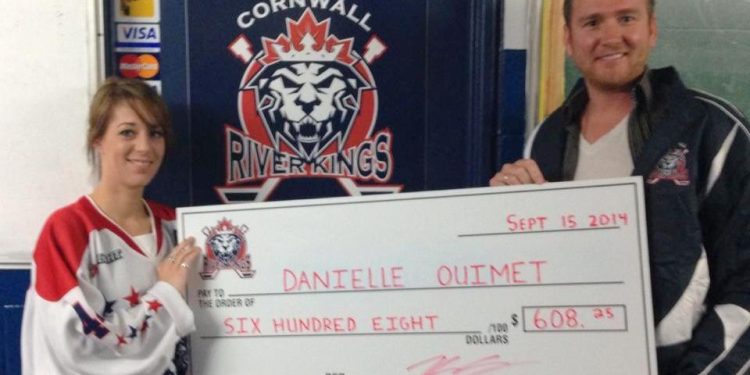 A fundraiser was held for local mother Danielle Ouimet. In total, $608.25 was raised. “Every little bit helps,” said Ouimet, who is battling cervical cancer $608.25. “That will help cover gas, parking for appointments and some prescriptions.”

The fundraiser included a variety of events throughout Sunday, Sept. 7, including a car wash, BBQ, sale of River Kings merchandise, the Blue & White intrasquad game and an after-party at Shoeless Joe’s.

A percentage of all money raised went to support Ouimet.

“It was great to see the support of the community”, said Frost. “And I personally washed over 20 cars that day in order to raise as much money as possible.”

Shoeless Joe’s, who is a major sponsor of the River Kings, jumped at the opportunity to help Ouimet. “When Brock first told us of her story, we didn’t hesitate to get on board for such a great cause,” said Gokan Karakus, Shoeless Joe’s owner.