Oh Canada! Steff Groulx trying out for the Montreal Canadiens 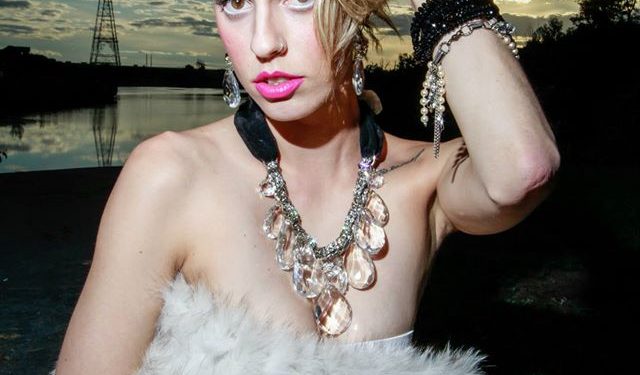 Cornwall Ontario — Martin Brodeur is not the only one who would like to join the Montreal Canadiens this upcoming hockey season.

Cornwall born Steff Groulx, who was a contestant on Canada’s Next Top Model back in 2007, would also like to join the Habs organization.

The Montreal Canadiens are holding auditions for a new anthem singer, and Steff Groulx will be trying out this Tuesday at the Bell Centre.

“My father actually, was the one who brought the audition to my attention. When I auditioned for Canada’s Next Top Model I never thought I would be chosen and that turned out quite well so I thought I would try for this also.”

Steff Groulx is very motivated to succeed, and she is following a strict regimen for her audition.

“Since I have had some vocal training before I am doing exactly what my previous music instructor told me. I’m doing scales and vocal training daily until Tuesday morning. No sugar, no grease and no fast food. Lots of water, lemon and honey”.

Steff Groulx has some experience singing and performing.

“I haven’t really had a very large singing career. I played in a band when I was younger but now it’s more of a hobby. My brother is a musician and every now now and then I get to sing along with some of his friends who he plays with. But for the most part it’s just me at home playing around in his studio.”

If successful Steff Groulx could be singing “O Canada, we stand on guard for thee” 41 times this season in front of 21,273 people live at the Bell Centre and to millions more watching the games on television.

The Seeker would like to wish Steff Groulx all the best this Tuesday!