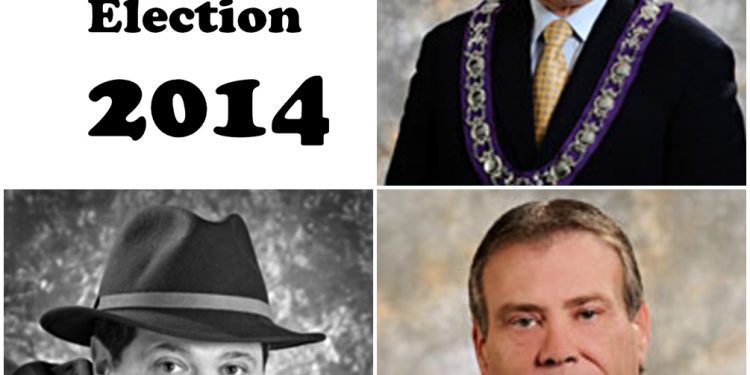 Cornwall Ontario — Voting for the 2014 municipal election will kick off on Thursday, October 9th as a series of advance voting locations open in the City of Cornwall.

From Thursday, October 9th to Saturday, October 11th, voters will be able to cast their ballots in advance at three convenient locations – the Cornwall Square, Eastcourt Mall or the Benson Centre.

Lastly, on October 11th, a series of advance polls will be set up in a number of apartment complexes and seniors’ buildings throughout Cornwall for residents of those properties.

Electors can vote prior to election day on October 27th for any reason.

“Voters have not been assigned a voting location,” said City Clerk Helen Finn. “Instead, voters can vote at the location of their choice, be it at the advance voting days or on election day. Electors can vote near their home, near their work or simply when they are out shopping or watching a game at the Benson centre. This is made possible by the electronic voters’ list used to find a voter’s name and strike it off the list no matter where you vote in the City.  It makes voting quick and easy.”

Every voting location is accessible for voters with disabilities and touch screen voting machines will be available at Cornwall Square and the Eastcourt Mall. These touch screen units offer enhanced visibility and brightness and they are equipped with audio instructions.

Residents are asked to bring their Voter Notice Cards with them when they go to vote. The Voter Notice Cards were mailed to all households during the week of September 22. Residents must also show a piece of valid identification, such as a driver’s licence, in order to vote.

Residents can confirm they are on the voters’ list by visiting www.cornwall.ca/election and using the Internet Voter Lookup Tool. Additions and corrections to the voters’ list can also be made at advance polls and on election day at all voting locations.

For additional information on the election, please visit www.Cornwall.ca/election.