It’s a new day for Canada 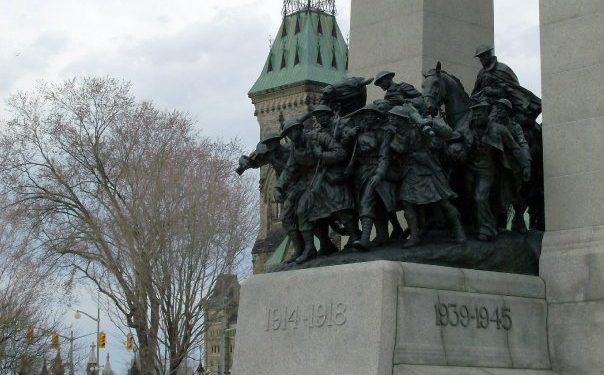 Never did I fathom that I someday could have to explain to my children what to do if a bad man with a gun ever entered their school. I mean, this is Canada! This is a country that is well known, all over the world, for being peaceful and safe! Besides, how do you explain terrorism to a four or five year old?

On Wednesday, our Nation’s Capital was put under attack.

Michael Zehaf-Bibeau, A 32-year-old Canadian man from Quebec who had recently converted to Islam, shot and killed a 24 year old Canadian soldier, Nathan Cirillo, as he was standing guard at the War Memorial in Ottawa. Zehaf-Bibeau then made his way to Parliament Hill, where he went in a shooting rampage before being fatally shot by the sergeant at arms. This incident comes merely days after Martin Couture-Rouleau, another Quebec man, killed soldier Patrice Vincent in the name of Allah. As I watched and reported the news, scenes that seemed to have been picked right out of the movie “White House Down” Canadian style, quickly flickered on my computer monitor. I couldn’t help it but think the two events to be connected. Both men converted to Islam. Both men have killed Canadian Soldiers. Both men, now dead.

Canada has been victim to mass murders before, but contrarily to Wednesday’s events, those were isolated. Once the perpetrator had been caught and the threat eliminated, fear also dissipated. Not this time.

On October 21st, six Canadian fighter jets took off on an international combat mission against ISIL, which warrants the following questions: Is this retaliation?Are sleeper cells here, on our soil, being awaken to go after our military? If this is, in fact, ISIL inspired attacks, will more come and is anybody safe anymore?

We should rejoice over the fact that so little damage was done in Ottawa. It is nothing short of a miracle. There is no doubt, it is one lost life too many–and my heart goes out to the family, especially his poor little boy who will now grow up without a father–but we should also be thankful a situation that could have been so much worse was rapidly contained and taken under control.

Canadians pulled together. Civilians helped one another even if it meant risking their own lives. Authorities “served and protected” to the best of their ability. They ensured everyone was safe and that no rock was left unturned. As for Kevin Michael Vickers, he will go down in history as the hero who saved the day.

This was NOT our version of 9/11 and we must not make it more than it should be. We do however need to be vigilant, keep our eyes opened and report anybody we feel utilize hate speech against any individual, group or government. We live in a brand new world. We may have to start looking over our shoulder more frequently. We may have to drill our kids on the procedures to adopt if lunatics with guns enter their schools, but one thing is certain: Canadians will remain strong. Canadians won’t let terrorists take over their country. We will fight back, persevere and prevail.

Wednesday’s events only gave me more trust in my government and made me prouder of being Canadian. We’ve got this.

What doesn’t kill you makes you stronger  - Nietzsche