by SeekersAdmin
in News and Announcements
Reading Time: 1 min read
13 0 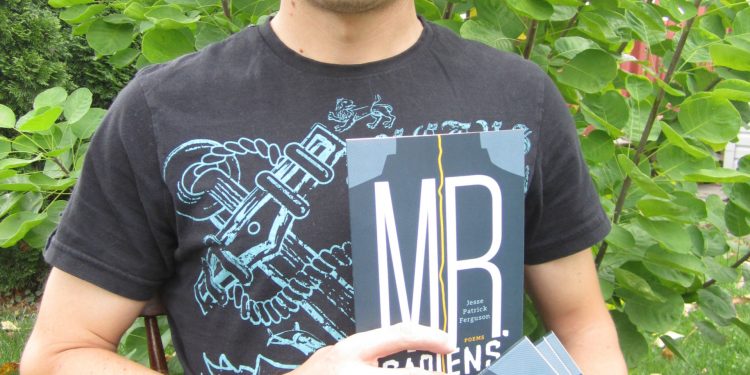 Cornwall Ontario — Cornwall poet Jesse Patrick Ferguson released his fourth full-length poetry collection, Mr. Sapiens, this October with national publisher Wolsak and Wynn (Hamilton). Ferguson has lived in the East Coast for the past several years, but just moved home to Cornwall for work and family reasons. This fourth poetry collection gathers the best of his work from the past several years, much of which has already been published in leading magazines in twelve countries.

The book includes a diverse group of themes and subject matter, from concerns over environmental destruction, to the power of art and music, to the joys of parenthood and romantic love. Running throughout the collection is an awareness of the divided nature of modern life—how people have primal urges that culture often forces us to hide—hence the title, Mr. Sapiens, which combines our species’ scientific name with the cultural title, “Mr.”

Ferguson launched his collection with a reading in Toronto on October 2nd, and more launches are planned for Ottawa, Hamilton and Kingston. The collection is available through Chapters, Amazon and iTunes, and can also be purchased directly from the publisher at http://wolsakandwynn.ca/books/143-mr-sapiens. Ferguson is also a performing musician/songwriter, and his music website is www.jessefergusonmusic.com

LTE: Michael O Neil answers the question why should I vote?