Fire engulfs building on corner of Alice and First Street

by SeekersAdmin
in News and Announcements
Reading Time: 1 min read
17 1 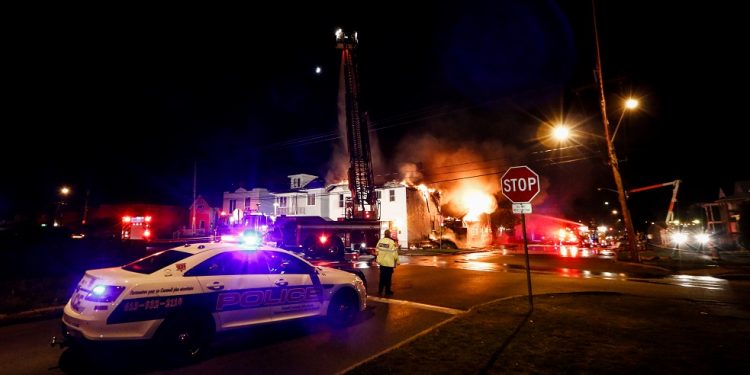 Cornwall Ontario — There was a massive fire in Cornwall’s east-end tonight at the corner of Alice and First Street East. It appeared several adjacent buildings were also catching on fire at the time of publication. Fire fighters and police were on hand trying to control the infernal.

It was reported by a spectator that one person was removed by stretcher. However no injuries or fatalities have been reported by officials at the time of publication.

There were many spectators in attendance to watch the blaze. The crowd grew larger and larger, and some neighbourhood parents event took their children out in their pajamas to watch the fire. Fire and police officials had to move people further and further back due to safety concerns.

These photos were taken by Jason Setnyk. Read more this week in The Seeker newspaper.