Moment of Silence at River Kings game for fallen soldier 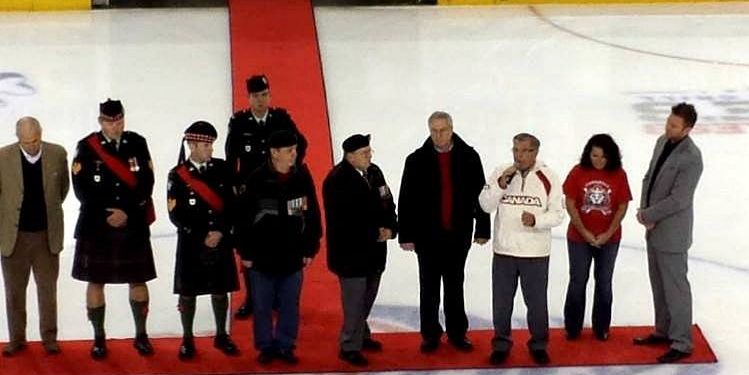 Cornwall Ontario — There have been tributes and moments of silence all across Canada this week including at the Cornwall River Kings game on Saturday night. MP Guy Lauzon, MPP Jim McDonell, and Mayor Bob Kilger, joined veterans, and team owner Brock Frost at centre ice for a moment of silence to pay respect to the fallen soldier. There was free admission to all military personnel, veterans and first responders (police, fire, paramedics) to tonight’s game. This photo was submitted by Erin Fry.

There was also a vigil today at the War memorial in Cornwall, and a large vigil in Ottawa, where people paid their respects and honoured Cpl. Nathan Cirillo. This photo taken in Ottawa was submitted by Lauren Alguire.