by SeekersAdmin
in News and Announcements
Reading Time: 1 min read
17 1 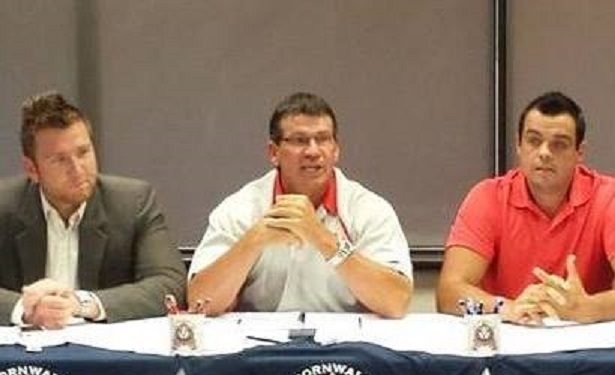 Cornwall Ontario – During his introductory press conference this summer, general manager Rick Lalonde promised the Civic Complex wouldn’t be an easy place for opposing LNAH teams to play in 2014-15.

The River Kings took a major step toward making that prediction a reality this week, signing fan-favourite Michael Stacey and newcomer Dylan Garrioch.

“Once again, we’re giving the fans what they want,” said River Kings owner Brock Frost. “There’s no doubt in my mind, we will be an exciting team to watch this year.”

Stacey appeared in five games for Cornwall last season. The 32-year-old from Kahnawake accumulated 26 penalty minutes for the River Kings. He previously suited up for the Akwesasne Warriors and 1000 Islands Privateers of the FHL.

Stacey, who races locally in the Sportsman division, will be available at the conclusion of the dirt-track season.

“We really liked the makeup of our team from the goal crease out,” said Lalonde. “Now, we’ve once again added some toughness and grit to complement our speed and skill.”

Garrioch, a 27-year-old from Ottawa, suited up in one pre-season game this season for Cornwall, picking up 11 penalty minutes in Cornwall’s contest vs. Sorel-Tracy.

The pesky forward is a graduate of the QMJHL’s Val d’Or Foreurs. He also skated for the University of Ottawa.

“Dylan made a great first impression in the pre-season,” said Lalonde. “He’ll quickly become a fan-favourite at the Civic Complex.”