What type of councilor does Brock Frost want to be? Here you go… 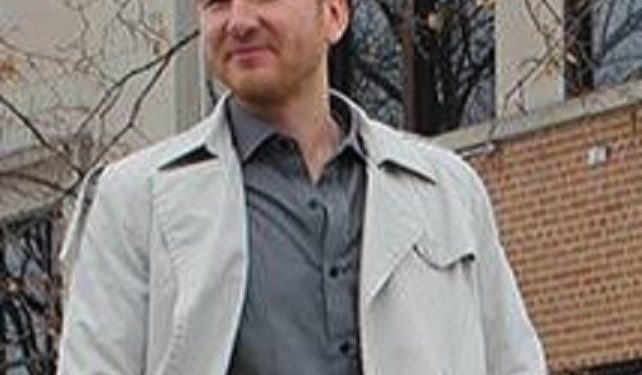 With a few days before Election Day, I wanted to take this opportunity to address the readers of this paper one last time. Rather than discussing policy or criticize the current Council (I am exhausted from the negativity), I feel it is necessary to explain “What type of councillor I hope to be.”

To explain this point further, I would like to turn back the clock to September 27th of this year. For those who are not familiar with the events of that evening, it took place the night of the debate at the Cornwall Public Library.

That evening, I was taken away in an ambulance as I blacked out, not once, but three times all before I even had a chance to speak. As the night progressed, I kept becoming more and more dizzy, sweaty and felt extremely dehydrated. When the paramedics (and thank you again to Maurice Dupelle for his help) found me, my blood pressure was 186 over 112, lips were blue, heart was racing, skin was pale and I was lying on the floor barely conscious.

I had literally worked myself into a level of mental exhaustion that resulted in a near stroke.

Not the type to pass out at a debate mind you, but rather the type of councillor who will work harder than no other. At the time, I was juggling a full-time career as a Realtor, managing my own rental property business, I own and manage the Cornwall River Kings, founded a charity, volunteer, serve on three boards and campaign full time. This, of course, was in addition to planning for my brother’s wedding which was 5 days later, at which I was not only the MC but performing the ceremony as well. To say I was overworked would be a bit of an understatement.

I work hard. I truly do. And I work hard for anyone who needs my help. There is no worse feeling to me than the feeling of disappointing someone else. Saying I can’t or I won’t do something is not an option for me. It never has been and never will be.

Do you know that I have never played a game of hockey in my entire life, yet I own the Cornwall River Kings? Some will claim that buying the River Kings was a “political stunt”.  Let me reassure you this could not be further from the truth. The River Kings have an operating budget of $600,000 annually. City Councillors make approximately $15,000 a year. Furthermore, I am donating my salary (if elected) to Children’s Aid Society and Cornwall Hospice. I would have to be the worst business man in the world to exchange $600,000 for nothing! The truth is, I bought the River Kings because the community wanted me to. It is as simple as that. The moment the word got out that I was even considering investing, as a mere silent partner, my phone became bombarded by text after text and message after message. One after the other I heard stories of how much the River Kings meant to these individuals and to their families.

How could I turn away from that? How I could I walk away from something that meant so much to the community? To me, there was no choice.

This is the type of councillor I want to be.

Thank you to everyone who has supported me through the highs and lows, ups and downs, and everywhere in between. I will be forever grateful.