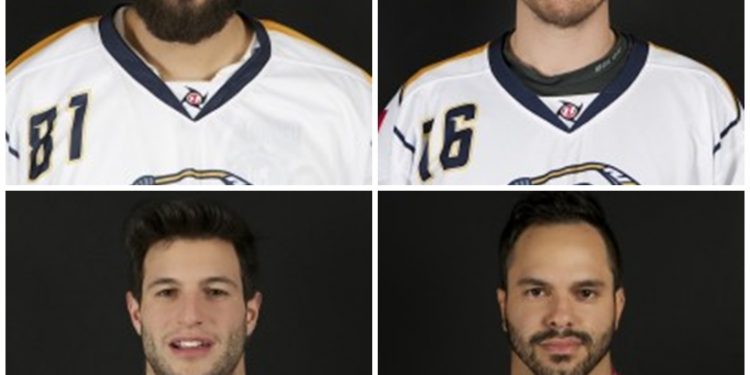 Cornwall Ontario – Rick Lalonde has added some size and toughness to the River Kings lineup.

Cornwall has shipped forwards Nicolas Corbeil and Anthony Pittarelli along with the unsigned Ryan Hand to the Thetford-Mines Isothermic in exchange for enforcer Philippe Pépin, forward André Sandrzyk and a draft pick.

In five games with the Isothermic, Pépin has four fighting majors.

“He’s a tough kid and the fans will love him,” said Lalonde of the 23-year-old from Quebec City. “He’s solid and not afraid of anybody in this league.”

Pépin brings much-needed support to the lineup for Francis Lessard, particularly with Chris Cloutier currently sidelined due to injury. And Lalonde isn’t done yet.

“I’m continuing to work the phones with the hopes of adding another tough guy.”

As for Corbeil and Pittarelli, it was simply time to move on. “These guys, more than anything, needed a change of scenery,” said Lalonde.

The River Kings also receive Thetford-Mines’ 6th round pick at the LNAH 2015 draft. If Hand, who never suited up for Cornwall, signs with the Isothermic, the pick is upgraded to a 3rd rounder.

Both Pépin and Sandrzyk are expected to be in the lineup this weekend for Cornwall.