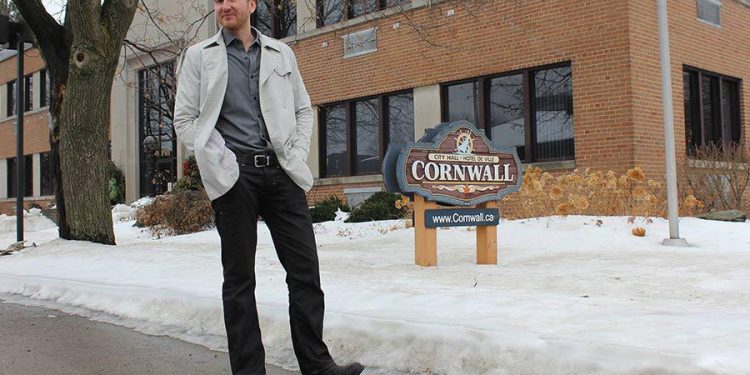 Cornwall Ontario — On Sunday night City Councillor and former River Kings owner Brock Frost sent out a press release stating his intention of filing a lawsuit against Jamie Gilcig, Editor of the Cornwall Free News, for defamation of character on Monday, December 8th, 2014.

It is unclear in his email how Jamie Gilcig defamed the character of Brock Frost, or how that directly resulted in the loss of a real estate commission.

It is also unclear whether the lawsuit being initiated by Brock Frost is related to this article posted on Cornwall Free News yesterday.

The press release sent out by Brock Frost stated that no further details will be provided at this time.

Brock Frost states his intention to win the case or bankrupt Jamie Gilcig in the process.

“It is time he pays for the damages he has caused or I will bankrupt him in the process.”

Jamie Gilcig was asked if he would like to respond to the statements made by Brock Frost. He said he is waiting to hear back from his legal representation.

The allegations of defamation of character made by Brock Frost against Jamie Gilcig have not been proven.

Here is the press release sent by Brock Frost in its entirety:

On December 8th, 2014 Frost will file a lawsuit against Jamie Ghilcig a.k.a. Jamie Gilcig for defamation of character which directly resulted in $14,982.75 lost real estate commission. Frost is also seeking an additional $25,000 in punitive damages.
“It is no secret that Mr. Gilcig/Ghilcig clearly has a twisted obsession with my life,” said Frost.
“While I pay very little attention to the endless lies he throws my way, what I refuse to tolerate is when it directly affects my business.”
“I have had enough of his hatred and incessant slandering. It is time he pays for the damages he has caused or I will bankrupt him in the process.”
“Either way I will ensure that he does not have the resources to continue maliciously attacking innocent people.”
No other details will be provided at this time.
Without prejudice,
Brock Frost, B.A.
City of Cornwall Councillor