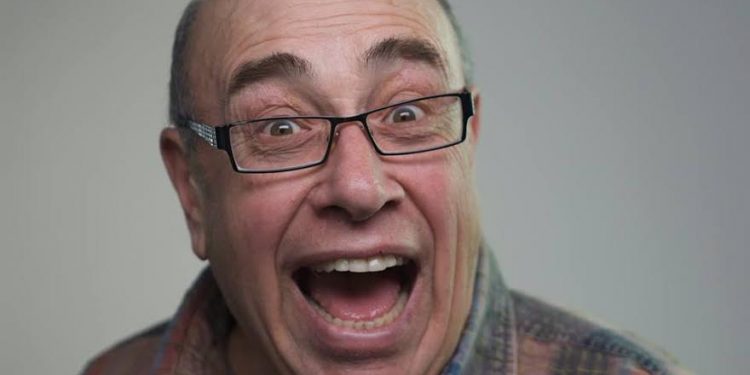 Cornwall Ontario — Social Media in Cornwall blew up last week with the announcement of AMC’s Comic Book Men coming to the Cornwall & Area Pop Event. Another celebrity announcement was just made, but people are more likely to recognize this actors voice from Saturday morning cartoons instead of remembering his face on film.

“As CAPE strives to offer guests who appeal to a diverse audience, we feel that John Stocker will achieve this. People may not recognize his face but they will certainly relate to his voice. The fact that he has done voice acting for so many years on such a wide range of projects such as Star Wars, video games, anime, television cartoons and animation plus commercial work makes him a definite asset to CAPE who will appeal to an audience of all ages. We are very excited to have him as one of our celebrity special guests!” says co-organizer Carol Grant.

For over 4 decades, John Stocker has been a recognized force in the acting industry. He began his career as an on-camera performer, working with the likes of John Candy, Dan Ackroyd, Rick Moranis, Gilda Radner, William Shatner and Mark Wahlberg, before settling solely, but comfortably into the off-camera world, where he has voiced many thousands of commercials and hundreds of animated characters.

A lot of you will recognize some of his classic roles – ‘Beastly’ in Care Bears, ‘Longarm’ in COPS, ‘Toad’ in Super Mario Brothers, ‘Newton Gimmick’ in Teddy Ruxpin, ‘Creed’ in X-Men, ‘Basil’ in Babar, ‘Bugsy’ in Dog City, ‘Ultron’ in The Avengers and both ‘Naga’ and ‘King Zenoheld’ in Bakugan. Still busy today, John is the voice of ‘Mr. Owl’ in Franklin, ‘Mission Control’ in Rob the Robot (TV series), ‘Mayor Swift’ in Sidekick and ‘Einstein’ in Peg + Cat.

Over the years, John diversified his career to include voice casting, voice coaching, (both commercial & animation), demo production, and the discipline that keeps him busiest, voice directing. He’s been at the helm for many dozens of productions, including Totally Spies, Caillou, Fugget About It, RedaKai, Mike the Knight, (the original) Beyblade, Medabots, Ella The Elephant and of course, the one that started his voice directing career, the one and only Sailor Moon.

“He is an incredible addition to CAPE and will appeal to a wide generation of fans,” said Randy Sauve who is a co-organizer of the event, and owner of local comic store Fantasy Realm.