by Editorial Board
in News and Announcements
Reading Time: 1 min read
26 2 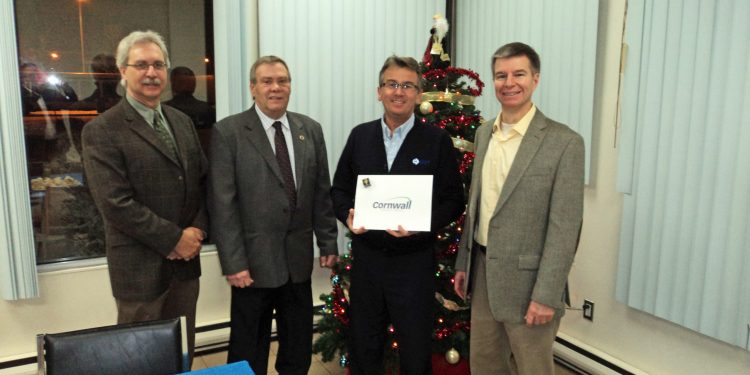 Cornwall Ontario — Cornwall Transit employees were recognized for their safe driving and safe working records during a breakfast ceremony at the Cornwall Transit facility on Wednesday, December 10th.

“We want to recognize the high level of professionalism Cornwall Transit employees have shown while performing their daily duties,” said Transit Manager Len Tapp. “The safety of our riders is very important to us and the enviable safe driving record of our employees reflects that this is something our drivers take to heart.”

The criteria used by Cornwall Transit to administer its safe driving program complies with the standards established by the Ontario Safety League and the Canadian Urban Transit Association.

“We take great pride in our safe driving and working record and employees are encouraged to wear the pins as a visual symbol of their unique skills,” said Mr. Tapp.

In addition to the safe driver and safe worker certificates, several employees were given long-service certificates from the City. They included Derek Sheppard, Marc Brisson and Todd Lalonde (20 years), Scott Whittaker (15 years) and Claire Lebrun (10 years).