Kinsmen Santa is on the loose in Cornwall

by The Seeker
in News
Reading Time: 17 mins read 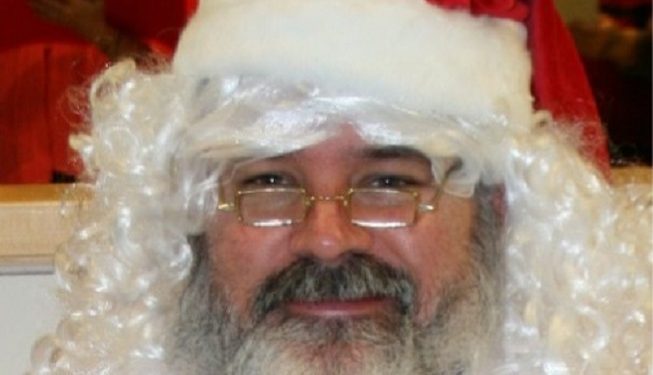 Cornwall Ontario — Kinsmen Santa is here. The Kinsmen Club’s “Dr. Paul”  decided this year to start visiting the area’s “long term chronic care facilities” dressed up as old St-Nick and he had the chorus from Fountain Gate Church join him and sing Christmas carols.

His reasons for doing this, in part, is because of the 1st impression of altruism he got upon his first meeting with Jethro Tull’s founder/lead singer, Ian Anderson. For those of you not familiar with Jethro Tull, and to put their fame into perspective, they toured with Led Zeppelin during Zeppelin’s 1st album in 1969. In any event, every year during the holidays, Ian donates of his time, talents and energy toward performing at no charge for churches and the like in England.

Secondly, and perhaps more importantly, Dr. Paul states that both of his own grandmothers, Nani Chalifoux and Delima Samson, lived out their last days at St-Joseph’s Villa and so he felt that spreading the spirit with these folks in particular is simply “the right thing to do”. To date, he’s visited the Glen Stor Dun lodge last Tuesday and St-Joseph’s Villa this past Saturday with more to come. Dr. Paul’s chum from his high school days is Marc Lalonde, a program activities director at St-Joseph’s Villa.

“These folks are, unfortunately, the ones that belong to the most “forgotten” demographic of our society”. Poirier believes, however, they ARE the ones we all need to recognize the most for if it were not for all those past generations that risked, and often sacrificed their lives, be it in battle or otherwise, we’d all be living a very different lifestyle in North America. Those past generations rarely accepted government handouts as compared to today’s “me generation” that often have a sense of entitlement wanting everything given to them. The level of societal abuse on our governments in this day and age simply did not exist until the era he’s coined the “Mercedes Eighties” came along.

The good news, he believes, is that, in time, people will again eventually come to appreciate what they do have versus focus on the half empty part of their glass. Poirier does not forecast this paradigm shift to occur in his lifetime but hopefully it will in his children’s lifespan.

His immediate wish of us at present is to have our community’s citizens invest and dedicate an hour of their holiday “time off” and go to their nearest chronic care facility or retirement residence and make some new friendships and listen to the flamboyant stories of yesteryear these people have to share! Other than Santa during the holidays, these folks especially love having young visitors drop by for a brief meet and greet. www.drpaulpoirier.com

Can Your Home Inspector check your oil or gas appliances?