by SeekersAdmin
in News and Announcements
Reading Time: 1 min read
19 0 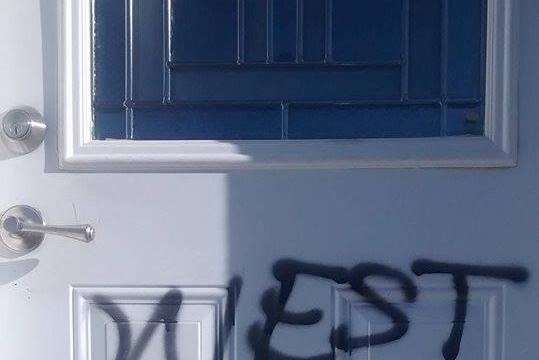 It is believed that the damages occurred at 2:45am this morning. One resident reported hearing loud thuds on their door at around that time.

It was also reported that one neighbours brand new winter tires were slashed, while another car had a four letter c word spray painted on it.

If you have any information about the offender(s) please contact the Cornwall Community Police.

UPDATE 11:30AM: Millville Street, near Prince Arthur street, was also attacked by vandalism. Houses were spray painted, as well as cars.

UPDATE 1:25PM: One witness who spoke with the police, said he saw three suspects from his window at about 3am. One was wearing a white hoodie and smashing a car window. “I heard noises downstairs, I checked, and saw nothing. I heard more noises, and looked out my window. That is when I saw what was happening… I put some shoes on, and scared them off”. The witness, who has a young child, was unable to leave their house to identify the suspects at about 4am.