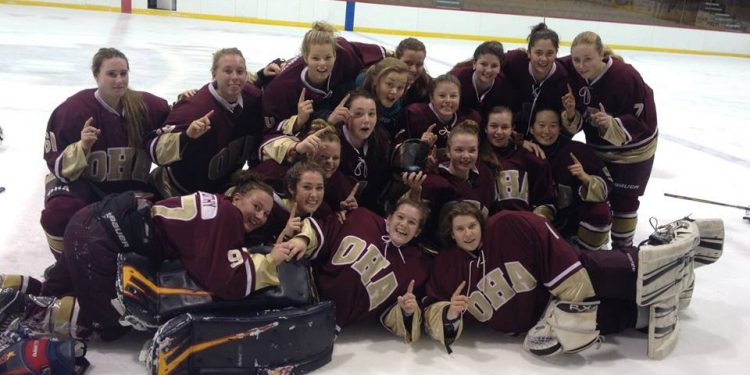 Canton NY — It was a huge victory for the OHA Girls Gold U19 team this weekend. They participated and won the University Challenge Showcase in Canton New York.

In the championship game the OHA Gold Girls team defeated NAHA 1-0. The lone goal was scored by Mathea Fischer. Kailen Jeffries got the shut out.

A stingy defense and strong goal-tending saw OHA only giving up two goals in the five games they played this weekend.

OHA also defeated Boston, Rimouski and Connecticut and tied the Conn Stars on their way to the Championship game.

“It was the best tournament we played all year, and it came out with a positive outcome. We all worked as a team and it showed,” said forward Robyn Foley.