Out and About – Happy New Year! 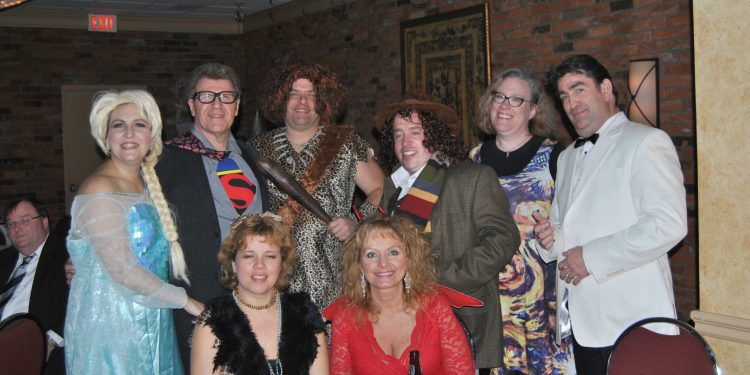 Cornwall Ontario — Our City may have been hit with some frigid weather this past week but it was a hot night at Lola’s Pub & Grub as they hosted the yearly Barstock. This event is a FREE concert featuring many bands – some new and some old favourites.

This year’s show featured Between The Void, Demolition, Freeway, Fusion, The Shelley Harley Green Band, S.T.Z. Three Caribou and Zack & Jonah. Some may recognize a few names from those band names but it’s important to point out some of the other phenomenal musicians’ names that you will certainly such as Chris Benton, Sean Harley, Tommy Heatley, Cam Lapointe, Marc Muir and Paul DesLauriers (winner of 2 Maple Awards!), just to name a few.

Cornwall has so many talented people here from the likes of musicians, artists, actors, authors, athletes and all areas of talent and I encourage you to get out and support these local events!

Cornwall & Area Pop Event (CAPE) hosted their first New Year’s Eve Party to help support the upcoming event being held on April 18th at the Benson Centre. Many people dressed up in costume and joined others in suits & ties or dresses to ring in the new year at the Ramada Hotel.

The party featured award-nominated band Alison Wonderland Band (also in costume for the first half of the evening) as guests dance the night away.

This event will be a yearly event and we encourage you to buy tickets early as they go on sale in the later part of this year.  The theme this year was “costume optional” but each year a different theme will be showcased so watch for upcoming news.

CAPE would like to thank all those who attended, supported the event, and those who bid or donated for the silent auction or door prizes. I hope you all had an enjoyable Christmas break and wish you a very Happy New Year! There are so many great events already planned for this year as well as all those yet to be announced.  I hope to see you all out there showing you support.