A taste of Halloween Cosplay on NYE in support of CAPE

by SeekersAdmin
in Arts and Culture, News and Announcements
Reading Time: 1 min read
29 1 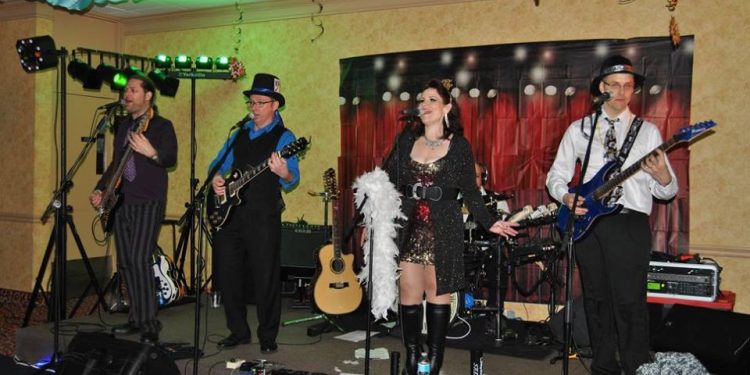 Cornwall Ontario — It wasn’t Halloween, instead it was December 31st, but some local people were able to celebrate in costume one more time as they rang in the New Year at the CAPE New Year’s Eve Party held at Ramada Hotel & Conference Centre. Hosted by Carol Grant & Randy Sauve, Cornwall & Area Pop Event (CAPE) held this first annual event to help raise funds for their upcoming comic convention being held on April 18th at the Benson Centre.

Grant says “The event was well-attended despite some people having to miss out at the last minute due to illness.” Many people went in costume and others attended dressed elegantly and in suits & ties.

Sauve says “We thought it would be a fun idea for people to be able to dress in costume if they’d like seeing as the event was promoting a comic convention which features many cosplayers in attendance”.

The night featured award-nominated band Alison Wonderland Band, also in full costume as well as a hot & cold midnight buffet, party favours, a silent auction and some door prizes. Grant & Sauve plan to make this a yearly event and look forward to seeing all those who missed out on it this first year.