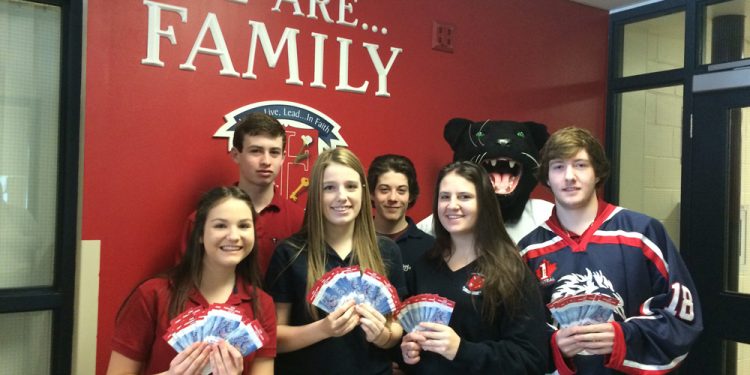 Cornwall – The Cornwall Colts Hockey Club would like to congratulate St. Joseph’s Catholic Secondary School for winning the High School Challenge for the 2014-15 season.

SJCSS Panthers were the final school to participate in the inaugural challenge where local high schools would bring their students and staff to a Colts home game. The school that brought the largest percentage of their population would win the challenge.

For their efforts, the Panthers receive 300 tickets for the final regular season home game on Thursday, March 5th vs. Cumberland.

“This was a good opportunity to have the local high schools show their school pride,” said Colts Director of Marketing David Murphy. “Each school brought their own identity to the games and we enjoyed hosting them.”

The Colts will be looking to expand to other schools in SD&G for the 2015-16 High School Challenge.