2015 JUNO nominees Sultans of String to perform on home turf

by Editorial Board
in Arts and Culture
Reading Time: 2 mins read
26 1 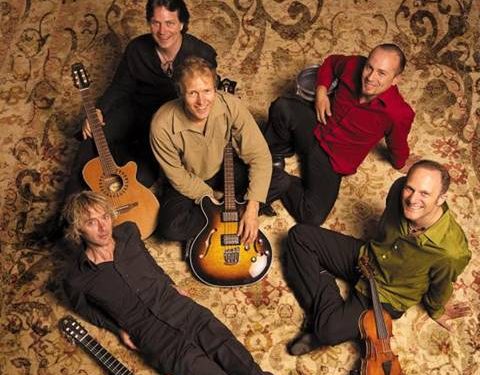 Cornwall ON]  After a whirlwind tour stateside, 2015 JUNO nominees & SiriusXM Award winners Sultans of String return to Canadian soil with a much anticipated show at the Aultsville Theatre, Saturday, March 28, 8:00pm!

Known for dizzying music jams, poly-rhythms and revved up riffs, the Sultans of String sound can’t be pinned down — it’s Sable Island meets the Silk Road, with detours through the Gypsy-Jazz coffeehouses of Eastern Europe, next an East Coast Kitchen Party, then over to the bustling markets of Cuba. Fiery violin dances with kinetic guitar, while a funky bass lays down unstoppable grooves. Throughout, acoustic strings meet electronic wizardry to create layers and depth of sound.

Since forming 7 years ago, Sultans of String have been on an impressive trajectory with an astonishing number of awards and accolades in tow, including 2 JUNO nominations, a SiriusXM Indies Award, 2 Canadian Folk Music Awards, 1st place in the ISC (out of 15,000 entries), plus invitations to play with such legendary artists as The Chieftains and David Bromberg. The Chieftains’ very own Paddy Moloney guests on their new revved up roots-worldbeat-orchestral crossover disc, Symphony!

The band is led by 6-string violinist McKhool (Jesse Cook, Pavlo) who grew up in a Lebanese–Egyptian house bursting with music and diversity. Growing up, Chris was fed a steady diet of delicious musicality alongside Middle Eastern cuisine and violin lessons.