Benefit Concerts for Women’s Hockey: First Performance to be Held in Cornwall 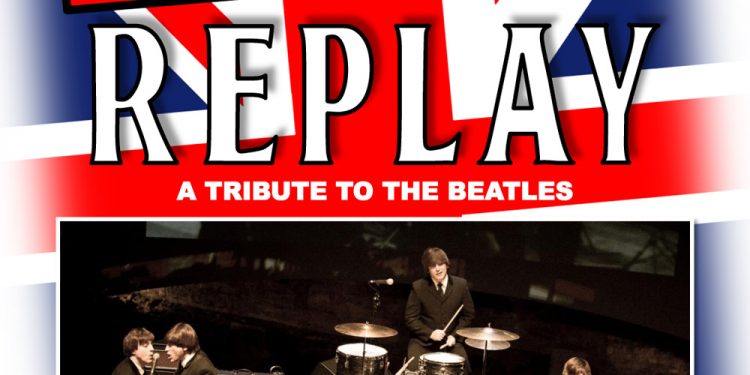 Montreal, May 21, 2015 – Barry F. Lorenzetti, President, CEO and Founder of BFL CANADA, and the band REPLAY are proud to announce the production of a series of fundraising concerts aimed at promoting local Women’s Hockey.

The first concert will be held on June 19th at the Aultsville Theatre in Cornwall. Profits will be distributed to the Cornwall Girls Hockey Association, a member of the OWHA. Also, as a special gesture, part of the proceeds for this first concert will go to Brian Tardiff, whose lifelong commitment to Women’s Hockey and sports in the area is legendary amongst the Cornwall community. Mr. Tardiff and his family have been battling with amyotrophic lateral sclerosis (also known as ALS or Lou Gehrig’s disease) since late 2013.

For the occasion, REPLAY, Canada’s most authentic tribute to The Beatles, will recreate the magic of Beatlemania during a night of greatest hits from the British superstars. “Girls were a big part of The Beatles’ success, so playing Beatles music to support Women’s Hockey is great for us to do as a tribute band!” comments John Oriettas, Manager for the group.

Mr. Lorenzetti, who also acts as Vice-Chairman for the Hockey Canada Foundation, is pleased by the prospect of producing the show: “Combining my love of hockey and the music of the Beatles makes for an innovative way to support Women’s Hockey.”

The Cornwall Girls Hockey Association caters to 331 players aged from 4 to 19 as well as to senior players. Mr. Rod McLeod, President of the Association, hopes that the night will be a big success, both for the Association and for Women’s Hockey in general.

Tickets are presently on sale through www.admission.com or the Civic Complex Box Office, 100 Water St. East, Cornwall Ontario – Monday to Friday, 8:30am to 4:30pm (613) 938-9400. You can also visit the Aultsville Theatre at www.aultsvilletheatre.com for more information on the venue. The details for the next concerts in the series to promote Women’s Hockey will be posted on bflcanada.ca in the coming weeks.

Founded in 1987 by Barry F. Lorenzetti, BFL CANADA is the largest employee-owned and operated Risk Management, Insurance Brokerage, and Employee Benefits services firm in Canada. The firm has a team of over 500 professionals located in nine cities across the country. BFL CANADA is a founding Partner of Lockton Global LLP, a Partnership of independent insurance brokers and agents who provide Risk Management, Insurance and Benefits Consulting services in over 120 countries around the world.