Bowser and Blue cause contagious chuckles at Cornwall Comedy Festival

by Editorial Board
in News and Announcements
Reading Time: 1 min read
32 1 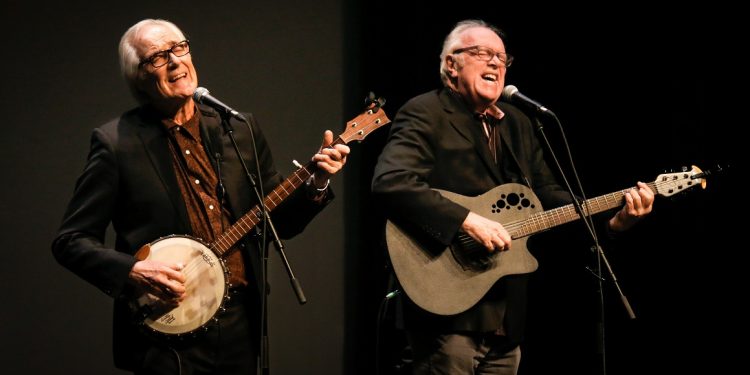 Cornwall Ontario — The Cornwall Comedy Festival is not just for laughs, it is also for a good cause.

The festival features a series of events at different venues, including two back-to-back headline shows at Aultsville Theatre.

“We are pleased to have had Bowser & Blue perform Friday night and to have Derek Seguin and Mike MacDonald perform Saturday night”, said Shawn Fowler.

It was packed at Aultsville Theatre for Bowser & Blue. The show sold out days before opening night.

Bowser & Blue are legends of Canadian comedy. They have appeared on Just for Laughs frequently, as well as on CBC television, and on a CTV Christmas special “Two Nuts Roasting on an Open Fire”.

From old age pensions to songs about Canadian politics, no topic is off topic for George Bowser and Rick Blue.

The Justin Trudeau song was an audience favourite and caused contagious chuckles at the Cornwall Comedy Festival.

Arts & Culture Trust Fund get a boost from the Seeker