by Editorial Board
in News and Announcements
Reading Time: 3 mins read
26 1 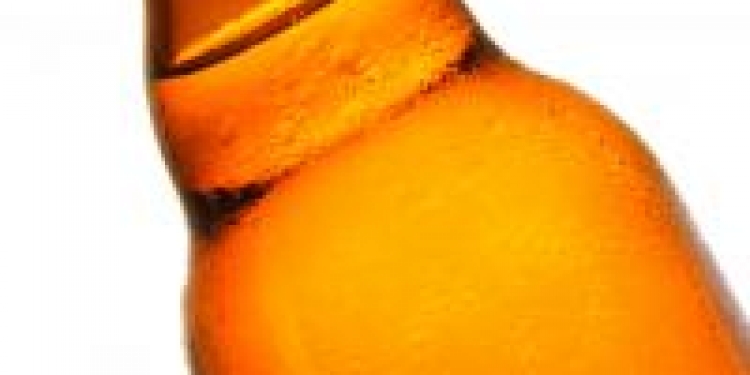 Cornwall, ONT., June 2nd, 2015: The Summer Beer Fest is shaping up to be a must-do event for beer lovers in the Seaway Valley. Set to be held on July 11th, 2015 from 11am to 7pm at the Jet Set Pub (NAV Centre), the Summer Beer Fest has attracted close to a dozen breweries to Cornwall for a summer beer-experience unlike any other in this region. In addition, for the casual beer enthusiast, the Summer Beer Fest will also include a cidery, a winery, and a craft distillery. The variety and depth of local producers we have attracted is sure to satisfy a wide swath of the community.

In the past few years, the craft beer industry has flourished in Ontario, and specifically in our region.  At the Summer Beer Fest, you can expect to see local breweries such as Cassel Brewery (Casselman), Big Rig (Ottawa), Beau’s (Vankleek Hill), Toque De Broue (Limoges), Nita Beer (Ottawa), Covered Bridge (Ottawa) and Rurban (Cornwall). We also have other Ontarian favourites such as Lake of Bays (Baysville), Barley Days (Picton), Church Key Brewing (Campbellford) and Square Timber (Pembrooke). “The overall goal with this festival is to celebrate the craft beer industry in our region. We believe that with this year’s line-up we can celebrate our region plus so much more.  Our province is home to a variety of flavors and tastes, and we are proud to be able to bring this type of event to Cornwall”, says co-organizer Ian Bentley, Food & Beverage Director of NAV Centre.

New local brewery Rurban will be making its first public appearance, and festivalgoers will be amongst the first to taste the beer of Cornwall’s only brewery. “We are very fortunate to have Rurban make its debut at Summer Beer Fest. We are very humbled by the fact they chose our event to make their official introduction to the community. It will be very exciting day for Rurban, the Seaway Food Festival, and Summer Beer Fest” said co-organizer Sebastien Manigat, Director of the Seaway Festival.

Renowned Lake of Bays Brewing Company, from Baysville, ONT, will also be making an appearance and is the farthest brewery from Cornwall who will be participating. Lake of Bays is fresh off winning the Gold Award at this year’s Ontario Brewing Awards for their Darcy Tucker Crazy Eyes Winter Bock. Crazy Eyes is a Signature Series tribute to Darcy Tucker, one of the most intense players in the history of the game. The beer is a rich and delicious extravaganza on the tongue. “We are very pleased to have Lake of Bays join our event this year. Their brand has grown leaps and bounds this past year and I feel their product will be a great fit for this year’s Beer Festival,” adds co-organizer Ian Bentley

Most craft beer lovers in Cornwall have for the past few years considered Cassel Brewery in Casselman, Ontario their local Craft Brewery.  Cassel offers something for everyone with its variety of beers. Their flagship Golden Rail Honey Brown is the first Cassel Brewery recipe to come out of the kettles. Inspired by Fuller’s Honey Dew which was later learned that Fuller’s is a Braggot (half beer, half mead). With Gambrinus Honey malt in mind Cassel created a simple recipe which proved to be a success right off the first batch.  Cassel has modified it slightly over the years since 2008 but the same basic recipe remains. Cassel should really be a destination for anyone who wants to experience true beer wizardry.

The new comer to the event is Brasserie Tuque De Broue out of Limoges, Ontario. Their flagship beer, Tuque Dorée, is a Golden Canadian Style Pale Ale. The Jet Set Pub will be proudly pouring this wonderful crisp ale starting June 1st., truly a beer you can’t miss out on, and if you’re free you can come and meet President Nicolas Malboeuf on June 6th for the massive Jet Set Patio Party.

Tickets for the Summer Beer Fest are on sale now for $10. You can purchase them online or  at the NAV Centre.  Guests will be able to purchase coupons on site that they can exchange for alcoholic or food consumptions. We are also in the works of putting an exciting entertainment line-up together. For more information about Summer Beer Fest, tickets, and entertainment, please visit our site at www.seawayfoodfestival.ca.