Interview and Photos by Jason Setnyk

Hassle-Free Ways to Move Your Car From Maryland to Florida

Cornwall Ontario — Attention cosplayers and geek culture enthusiasts there is a fantastic event happening this weekend! CoTiCon (Cornwall Tiny Convention) is taking place this Saturday August 22nd at the Cornwall Civic Complex from 10am to 8pm.

The event features 45 exhibitors and artists including Ottawa City Garrison 501st Legion from Star Wars. There is also a line up of special guests and panelist covering cosplaying and crafting, gaming, and a masquerade. Another highlight will be a comedic speech from voice actor Geoff Allan

“I hope that local geek culture fans will participate in this fun event and cosplay (costume play) for the occasion” says Annie DeRochie, organizer. “We will be hosting a masquerade (costume competition) for those who would like to have their costume judged by our guest cosplayers including some cosplay masters. Of special note is our extensive gaming opportunities including a Super Smash Bros tournament, locations to play Magic The Gathering and 3DS meet ups.”

This year CoTiCon has partnered with Big Brother & Big Sister and the Cornwall Public Library.

1 – What are the origins of Coticon?

CoTiCon started when I saw an opportunity. I’ve been attending conventions since 2010, and been loving the concept since even before then. So last year I heard of the Summer Company program, which gives students a grant and a chance to run and learn about business, and saw that I had a chance and opportunity to run a convention closer to home. I didn’t think I could do it at first, being nearly 17 at the time, but I have many friends now that have experience as well as run their own conventions or help staff them that were able to help me out.

2 – How has Coticon grown / changed in its second year?

Well for this year, growth is probably the best way to describe it. We have Salon B of the Civic Complex full of exhibitors, with nearly 50 who will be attending, as compared to two-fifths of that of last year. We also have another room open this year, one’s for gaming (like last year) and the other smaller room is for panels, which we had in the big room last year. We’ve also got a really awesome masquerade director for the masquerade/costume contest this year, as well as word of amazing cosplayers who will be showing up and competing, as well as we have a very enthusiastic individual who loves running Smash Bros Tournaments in the gaming room. And, we’ve managed to spread the word even more, and because the good reputation from last year’s event a lot more people are interested in attending.

3 – What got you into cosplay and making your own costumes?

I got into cosplaying after simply googling things about my favoruite game, The Legend of Zelda. From there I found pictures of cosplayers, then learnt about conventions and found out that there was one coming up in Montreal. So, younger me got my seamstress mother to assist me in making a costume of a minor Zelda character, and eventually learnt to do things myself, and want to make bigger, more technique driven things. Now I’m interested in making costumes that would include

corsets, hoop skirts and require fine detail. So what started as a fun little hobby as a kid became what I absolutely love doing and am now hoping to use in a career

4 – What is your favourite costume to model and why?

My favourite costume so far is my most recent, Twinrova from the Legend of Zelda (just so happens to be the same Zelda title as my first costume). It’s definitely not the most comfortable that I’ve made so far, but it was the most fun to make! It involved making a full corset, poofy pants, a fun belt, and a very interesting wig and head piece. Plus, people seem to love it which makes me feel really great about my work.

5 – What has been your favourite convention to attend and why?

My favourite convention will probably always be Otakuthon in Montreal. This was my first convention ever, and I really enjoy it. It’s also Canada’s second largest anime convention, so it has a lot to see and do! Plus, I’ve met some great friends who I will probably have for life, which is really the best part of conventions!

For more information on this event visit: www.coticon.com. 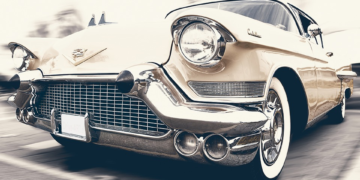 Hassle-Free Ways to Move Your Car From Maryland to Florida

by MainAdmin
News and Announcements