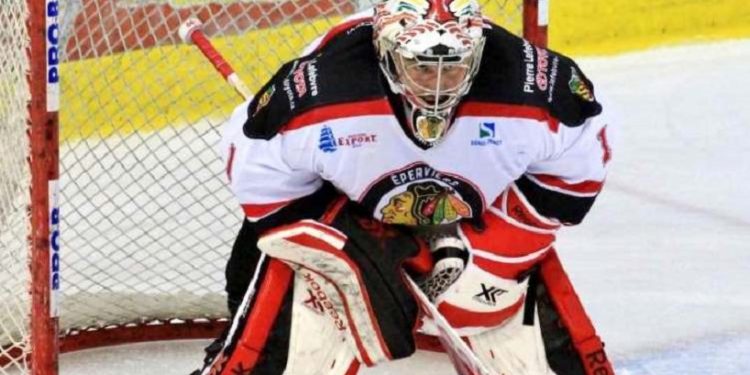 Cornwall Ontario — A goaltending specialist with an impressive resume has been added to the staff at the Ontario Hockey Academy.

“I’m excited to announce that we have added goaltending specialist Adam Russo to our staff,” OHA director Giles Lascelle said. “He has a great understanding and experience of what it takes to teach and train goaltenders for the next level.”

Russo played major junior in the Quebec Major Junior Hockey League where he still holds the career record for shutouts with a total of 23. In his first season, he was named to the All Rookie Team where he tied Roberto Luongo for the league-record in single-season shutouts with 7. He has won both the Jacques Plante trophy as best goaltender in the QMJHL and also the Canadian Goaltender of the Year award.

His experience will be a benefit to the young goalies he will be working with.

“I’m really excited about this new opportunity with the Ontario Hockey Academy. It’s really something special when you can be a part of such a respected school and hockey program. It’s just as fun and exciting to be able to work and help develop the new goalies that I will be working with this year. I am stepping in to some big shoes knowing that guys like Francois Lemay and Marco Marciano have left their marks at OHA, so I have my work cut out for me. I’m just happy the Lacelle family has given me the opportunity to get on board”, says Russo.

Many young hockey players dream of playing in the NHL one day. Russo understands what it takes to play professional hockey.

Russo played professionally in Europe and semi pro in the IHL. He participated in the IIHF Ice Hockey World Championships in Germany, where he played for Italy against Team Canada.

Russo is a goaltending consultant and has been teaching and training goalies for over 15 years.

What can a young goalie do to improve their game? According to Russo there are many things young goalies need to focus on including skating.

“As for what goalies need to work on and improve, I can’t say there is only one thing. Skating is definitely something that can always be better and its something that I work on a lot. The faster and more efficiently you move around the crease, the more likely you are to be in position to make a save. Puck tracking and body control is key. There’s obviously the conditioning and the mental side of the game, like reading a players body and stick, that is extremely important also in today’s game. All things I am excited to work on this year”, says Russo.