Cornwall Colts pick up first road win of the season

by Jason Setnyk
in News and Announcements, Sports
1 min read
0 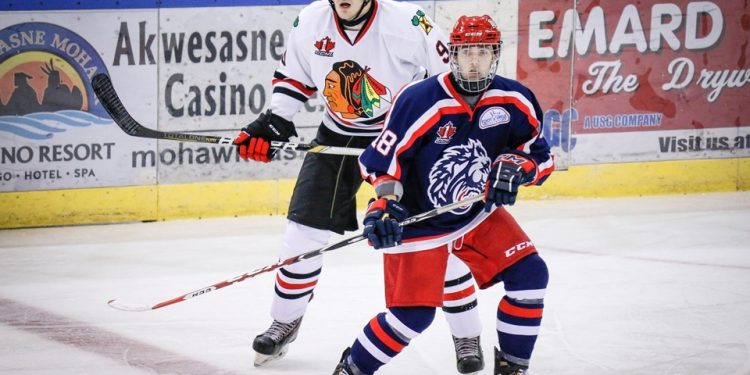 Brockville Ontario – The Cornwall Colts picked up their first road win of the season with a 6-3 victory against the Braves in Brockville.

Last Friday night’s game was the back end of a home and home with the Braves (Brockville edged the Colts 4-3 in Overtime at the Ed Lumley Arena on Thursday).

Matthew Morin and Nick Lalonde each scored twice for the Cornwall Colts with Grant Cooper and Parker Krol adding one goal each. Tristen Elie and Dean Derouchie each added a pair of assists. The Cornwall Colts outshot the Braves 30-27 with James Edwardson picking up the victory.

The Cornwall Colts turn their attention to the Cumberland Grads for their visit to the Ed Lumley Arena this Thursday night. It’s Big Brothers/Big Sisters Night as the Colts show their support for all “Bigs” and “Littles” from Cornwall and area. Game time is 7:30pm.

The Cornwall Colts then head to the Navan Arena to face the Grads Sunday afternoon (3pm start) for their second straight weekend with a home and home series.