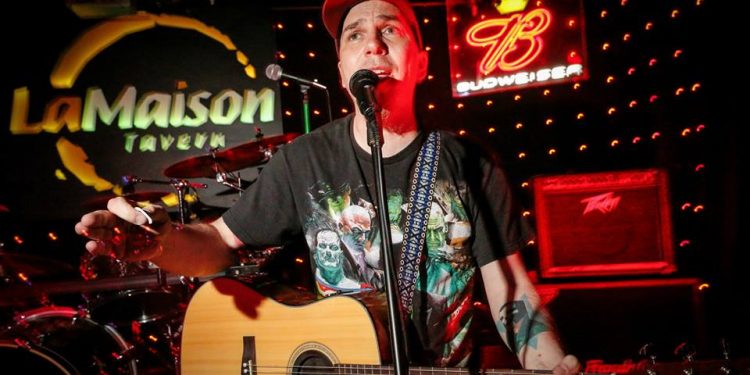 Cornwall Ontario — It’s been a few years since the Trench Town Oddities released their sophomore full length CD “Live.Love.Laugh”, and a lot has changed since then. A few new members, and many many miles crisscrossing Eastern Canada and North Eastern USA later, and the band is back with a new split EP they share with their good
friends in Winston Marley.

“I think that it’s a great step forward song writing wise for both band and was a total blast to do it the way we did”, says Sean Harley.

The album was recorded a little differently from their previous releases, with the band opting for a more DIY approach as opposed to the traditional big studio method.

Drums were recorded at the house of TTO front man, Sean Harley, with touch ups done at Winston Marley’s practice space and all other instruments and vocals recorded at various members homes. The bands then handed the tracks over to Trench Town Oddities and Winston Marley guitarist Bix, who then proceed to mix and master the EP at his
home studio. The overall result being a raw and back to basics release for both bands.

“It was a great project to be a part of! Everyone from both bands had a vision and I think it’s safe to say that we’ve achieved our goals w/ this album! We had a bonk-tastic time”, says Marc Brault.

BONK! is available at Melody Music Centre in traditional CD format as well as in digital format at most online retails including iTunes, Spotify and Band Camp.

The album is also available at upcoming Trench Town Oddities shows including October 31st at Lola’s Pub in Cornwall Ontario. The band also has concerts in Brockville and Kingston next month.