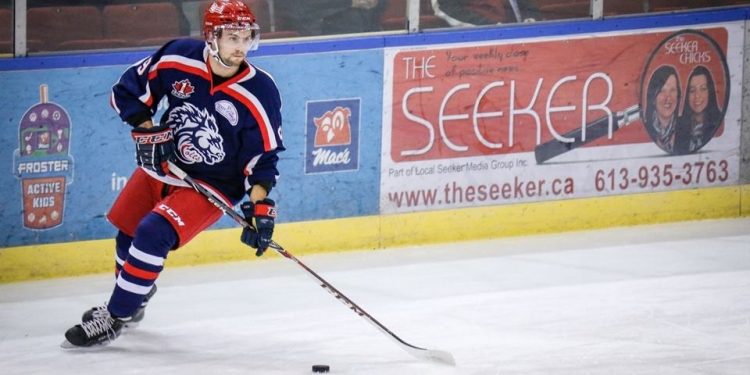 Cornwall Ontario – The Cornwall Colts beat the Smiths Falls Bears 2-1 in a game that carried a playoff atmosphere in October.

Lawson MacDougall (8) and Tristan Elie (7) scored for the Colts as they improved their CCHL record to 10-7-2 for 22 points. Parker Krol picked up two assists for the Colts.

The Colts and Bears each fired 30 shots on goal with Liam Lascelle earning his 5th victory of the season.

The Bears record falls to 14-4-0 for 28 points but they still sit 2nd overall in the CCHL standings.

The Colts return to action this Thursday at home against the Pembroke Lumber Kings in Mental Health Awareness Night.

The Lumber Kings and Colts are tied with 22 points on the season with the Colts holding one game in hand.

The puck drops at 7:30pm this Thursday at the Ed Lumley Arena.