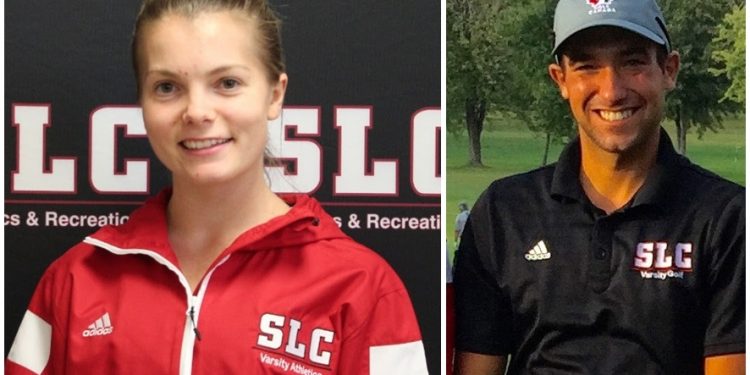 Sharks cross country runner, Josee Daze is September’s Female Athlete of the Month for SLC Cornwall. In her first year with the cross country team, Josee has dedicated herself to the Sharks program, working hard at practice to improve her results for each race. Her hard work paid off at the SLC-Brockville Cross Country Invitational, as she finished as the top female Sharks runner in 25:22, finishing 57th overall. Josee is also a member of the Sharks women’s hockey team, and was the team’s rookie of the year in 2014-15.

Sharks second year golfer, Jordan Rochon is the September Male Athlete of the Month for SLC Cornwall. Jordan had a very successful month, competing in the short but busy OCAA season. Jordan started the season with an excellent 77 at the Tri-Campus cup, and a 79 at the Niagara College Invitational. The season ended with the OCAA Championships were Jordan shot a three round 232, with his best score coming in the second road with an even 70.