What a Rush! Joey Valentyne is the new MPW World Champion! 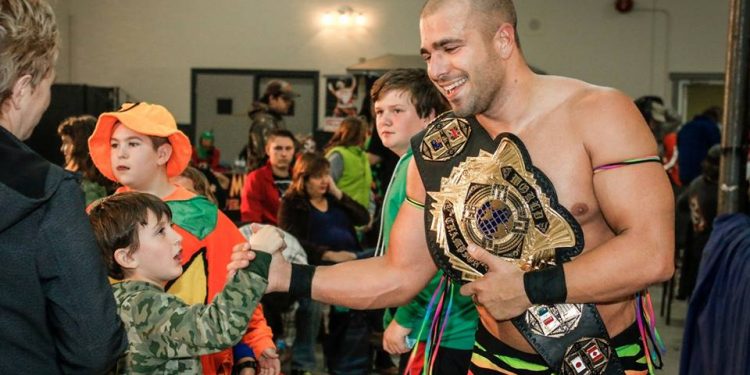 Cornwall Ontario – What a rush! Road Warrior Animal (aka Joseph Michael Laurinaitis) was in Cornwall on Saturday October 24th for the Mecca Pro Wrestling event.

It was an epic night for local wrestling as a new MPW champion was crowned.

Here are the official results from Saturday’s wrestling event:

Mecca Pro Wrestling will be back in Cornwall Ontario on November 21st. More TBA.

Mecca Pro Wrestling will be in Kingston on Saturday, November 7th, at the Royal Canadian Legion on 734 Montreal Street. Here is the official card for “War Machine” in Kingston Ontario: