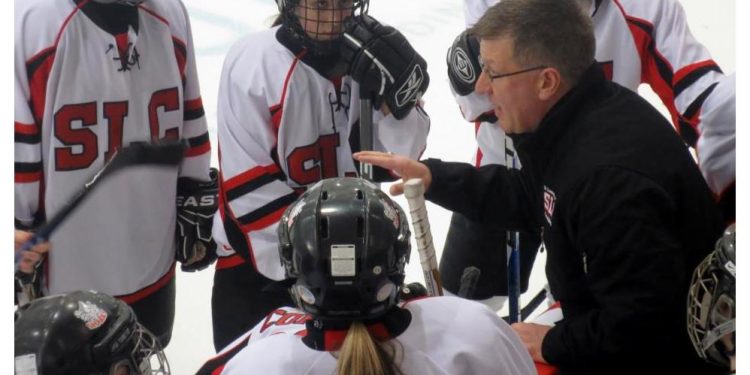 The Sharks take home the silver at the Cup Challenge.

Last year, the Sharks had a thrilling season that saw them earn one gold and one silver medal during the regular season, only to go a perfect 4-0 at the Challenge Cup, defeating some of the league’s best opponents from Fanshawe College, Conestoga College and finally the University of Toronto – Scarborough Maroons 1-0 in the Championship game.

This year, the Sharks enter the season with nine rookies on the roster, but benefit from having long time captain, Jenay Morin, return to the lineup for her fifth season with the Sharks.

Regardless of the new lineup, the coaching staff heavily recruited players this season, and remain confident and excited about this year’s roster.

In a game that easily could have gone either way, the Sharks came out on the losing end against the University of Toronto-Scarborough Maroons, falling 2-0, ending their first regular season tournament just one game shy of the Championships round.

SLC had a number of glorious scoring chances but could not get the bounces to go their way, and ran into a hot Maroons goaltender who robbed the Sharks on a number of chances.

“This tournament was a good start for us today, lots of positives to build on” said Sharks coach, Sean Boulerice.

“The girls were disappointed but I told them that I’d rather lose in November then in March. Plus, there are some formidable opponents this year. Today gave the rookies a sense of what OCCCR hockey is all about.”

The Sharks are back on the ice January 29 2016, when the Maroons host their own Invitational in Scarborough.