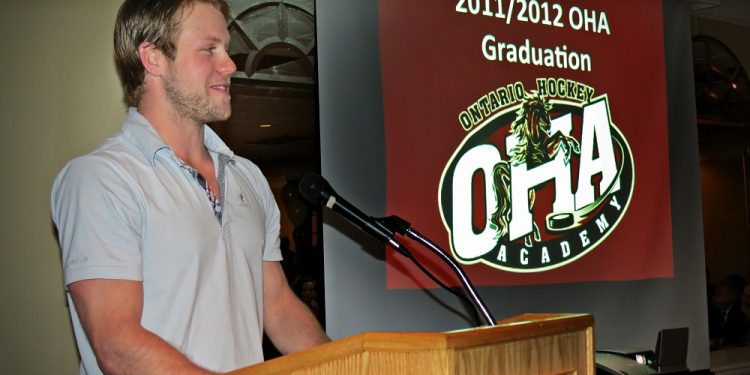 Cornwall Ontario — Former Cornwall Colts star and current member of the Colorado Avalanche Jesse Winchester will be inducted into the Colts Wall of Honour during next week’s home game.

The Cornwall Colts next home game is Thursday, January 28th vs the Hawks.

Jesse Winchester has also played for the Ottawa Senators and the Florida Panthers. He has 70 points in 285 NHL games.

He played D1 Mens Univeristy Hockey for Colgate before getting signed by the Senators.

Last year Jesse Winchester visited Cornwall when he was featured on the cover of Cornwall Living Magazine.