Agree to Disagree : why earn when you can steal? 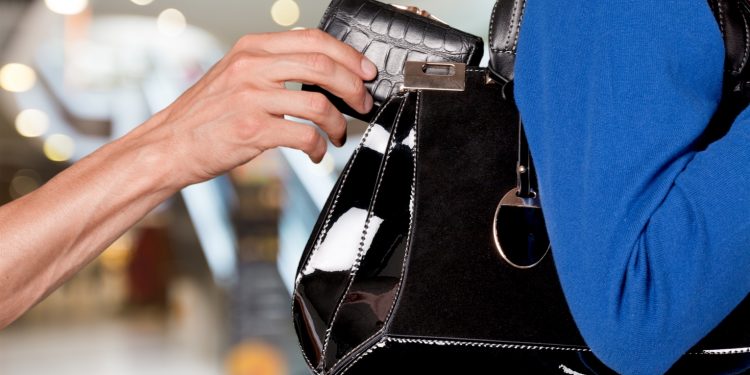 There are two kinds of people that make up a community: those who work at making it a better place and those who don’t.

Here at the Seeker, we work very, very hard to make sure that our City shines in all its glory. Cornwall, through our eyes, can be seen with as a positive force. Even when the news is negative, we find a way to see the good that arises in every situation.

Sometimes, we get pitched bad news. I normally refer Negative Nellies to some other outlet, one that seems to bathe in hostility, one that’s more suited for scandal and drama, but once in a blue moon, I hear a story of corruption and greed, a story so bad that it makes me want to change the whole mission statement of the paper.

One such story landed on my desk this week.

I don’t know if the story is true or false–and I won’t investigate it, that’s not my mandate–but it sure was troubling.

Without turning this editorial into a complete gossip column, I will try to relay the “he said, she said” I was witness to.

Non-profit organizations greatly rely on moneys raised from donors. Every year, community members throw hundreds of fundraisers to help out these organizations, raising thousands of dollars. We, here at the Seeker, hold several such events each year. In fact, any event we do, we offer partial proceeds to a different organization. Some of the ones we chose to support in the past are Maison Baldwin, SASS, Hospice, Ribfest… Sometimes we give money, other times, we provide advertising. We do it because we think it’s important to give back to our community.

So you can imagine the outrage when I heard there are individuals, allegedly, in our very own community, who go around throwing fundraisers for various non-profits, only to turn around and pocket the money. The idea that someone would work harder to steal a penny than to earn a penny, infuriates me. Especially when that money is being taken from the neediest people around, the ones in crisis, the sick, the dying. You would think we’re in an episode of Shameless, dealing with Frank Gallagher! “See, that’s what’s wrong with working: too much stress and instability.”

I own little, but it’s mine. I owe it to nobody. I didn’t lie, steal, cheat, sue or embezzle to get it. I worked hard, real hard and I earned it.

I am saddened when I see people, especially the younger generation, exhibit strong feelings of entitlement, as if everything was owed to them. And our society makes it easy for them to believe so. Crowd sourcing websites will accept fundraising efforts for just about anything, from college education to tattoo removal to weapons. Every cause will find the right chumps.

So I guess this is what I’m getting to. BE CAREFUL. If you are giving your money to charity, make sure you are dealing with right people, ethical people. If someone is claiming to raise money for a non-profit, before giving, confirm with that non-profit that they are a)aware of the fundraising efforts and b)confident the person is reliable. It’s too easy to say they will give the money away. As for locally, I hope an investigation will ensue.

Nobody should get away with crookery, whatever form it takes.