by Editorial Board
in News and Announcements
Reading Time: 60 mins read
60 1 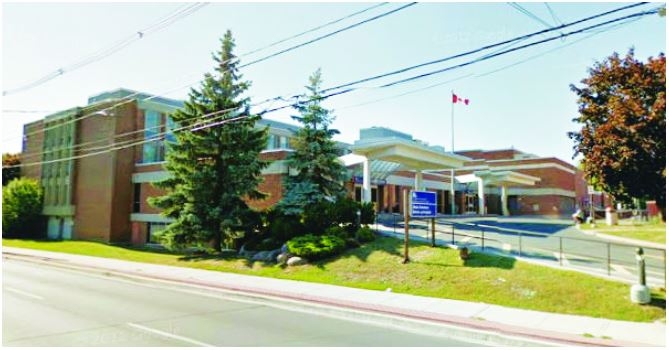 Article and photos by Mai-Liis Renaud

Last Saturday, the old General Hospital building was buzzing with activity as the new owners, Matt Cinnamon and Dan Orr opened the doors to the public with an Open House and Vendors Event. While manning my booth at the event to promote the Seeker and my own Graphics business, I had a chance to ask event organizer, Tasha Thompson who did a wonderful job organizing the Vendors areas., 5 questions and here are her answers.

Tasha Thompson, organizer of the Open House event is seen here with Keena Cinnamon, the oldest daughter of Matt Cinnamon, one of the owners of The Care Centre.

1. How did this event originate?

The Care Centre decided it was time to show the community what they plan on doing with the facility, affordable senior lodging is really needed within the community and what better way then to bring the community together. The owners (Matt Cinnamon and Dan Orr) are big supporters of small local / home based businesses.

2. How many vendors took part in the event and what kinds of businesses were they?

There were 67 completely diverse vendors. Anywhere from makeup, jewellery, crochet items, graphic design, even local farms came to display. I was blown away by the amount of talent we have in Cornwall.

3. Other than the vendors who participated what else took place at the event?

The owners were also really involved in the event. They were giving tours of the showcase rooms that we have for the senior lodging. At one point the demand was so high that there were 5 people giving tours. The minute they were done showing there was someone new asking for a tour.

4. How many people do you think visited this event?

Because it was free admission it was hard to really get an accurate count but the estimated count was close to 1000 if not more.

5. Will you be holding any more events like this in the future?

I have already been contacted by vendors who want to return and new vendors who would like to be a part of the next one. As this was my first time ever organizing any event, I learned so much. Next time around I hope to do some sort of fundraiser to really give back to the community.

Tasha also gave me a tour of some of the new rooms set up for senior lodging.

I had a chance to speak to the two owners of “The Care Centre”, businessmen Matt Cinnamon and Dan Orr, who have been doing a wonderful job of transforming the two top floors of the building into affordable lodging for seniors with rooms starting at $1,249 a month. They have partnered with la Cuisine Volante who will be supplying meals for the residents and the building also houses a psychologist, physiotherapy practice and a Seniors centre.

There is also office space available for rent in the building.

The Technique For Competing With Yourself