Freedom Taekwon-Do does excellent at tournament

by Editorial Board
in News and Announcements
Reading Time: 1 min read
30 2 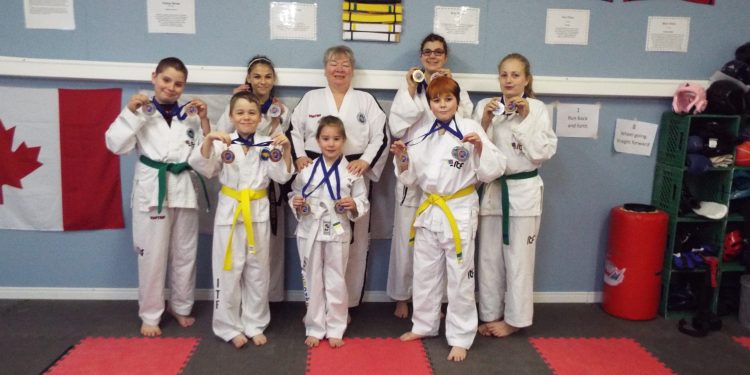 Eight students from Freedom Taekwon-Do in Cornwall traveled to Woodstock, ON for the Friendly City TKD Invitational hosted by Don Edmiston. TKD practitioners from across Ontario competed for the coveted medals as well as the Chong Ji Challenge. Miss Ashley Fortier 1st degree black belt progressed to the semi finalist stage before being eliminated.

The students from Freedom TKD earned the following medals:

The students were all told before the tournament that two things are going to happen. The will win or they learn, hopefully they will do both. As long as they learned something, than they did not lose.