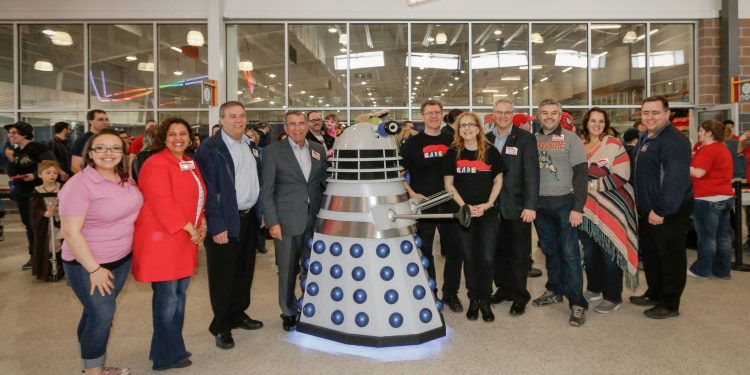 CAPE is hosted by Carol Grant and Randy Sauve, two local business people born and raised right here in Cornwall.  Both Grant and Sauve stress they wanted to feature many of the talented people from our own backyard and they actively sought out many of the area’s artists, authors, artisans and crafters for the event.  Says Grant, “The local arts community right here in Cornwall has TREMENDOUS talent!  We don’t even have to leave Cornwall and could easily feature an entire ice pad of talent alone with the people right here in our city!”  They also set out to showcase some young artists this year and will feature an exclusive Walking Dead comic book with blank cover artwork designed entirely by local area high school students from grades 9-12 in Cornwall and area.

With the increase to a two day show, Cornwall’s economy will reap many benefits.   Sauve states “These outside exhibitors, guests and the people that attend will all be spending their dollars right here in our city. They will eat here, stay here and hopefully shop here as well”.

Media members are invited to attend the Opening Ceremony for a Photo Op at 9:45 a.m..  This year’s show also has an added personal element to it – Show organizers Carol Grant & Randy Sauve will be married in true geek fashion at 7:45 pm following the Saturday show.  With R2-D2 as the ring bearer and several other little surprises, the wedding will incorporate their pop culture and geeky passions and promises to be a fun event for all who attend.  There will be a Press Conference Saturday from 5:30-5:45 pm for any media members who wish to meet the couple in their wedding attire before the ceremony and get a photo or interview .  Media Kits are available for any media members who would like to cover the show and interview any of the guests.