by Editorial Board
in 5 questions with..., Arts and Culture, News and Announcements
Reading Time: 103 mins read
119 5 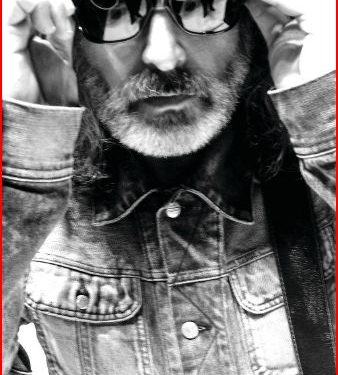 So today I have the pleasure of interviewing Michel Pagliaro. Singer, songwriter, guitarist and record producer who will be performing in Cornwall at the Cornwall Civic Complex on May 7th. Up until 1970, Pags as he is often called, recorded only in French with his well known singles from that era being “Fou de toi,” “J’entends frapper,” Comme d’habitude, and “Dans la peau. After that period he began recording in English as well and his most popular singles in English include, “Give Us One More Chance,” “Rainshowers,” Lovin’ You Ain’t Easy,” and after 1975, “What the Hell I Got” and “Dock of the Bay.”

Here is my 5 question interview with the singer who was chosen as David Bowie’s opening act at Montreal’s Olympic Stadium.

1. Who are your major influences?

Actually I really love early James Brown, Little Richard, Chuck Berry, Bob Dylan and the Beatles. Basically old R & B. I am not really a record collector or listener though. I’m more into creating stuff than absorbing it.

2. Can we expect to see any new material from Michel Pagliaro in the near future?

Definitely, there will be new material. I am presently working on a lot of new English songs with my band, who actually was my wife’s band. She discovered them, played with them and I have now been playing with them for almost 7 years. Together we are very electric! My wife and son are both musicians. We are a family stuck in the arts!

3. What are your major accomplishments to date and what is your most memorable one?

To be quite honest, I would say, staying alive, staying above board, still being happy, healthy and active and loving hanging around with my wife and kids and of course being successful in making the music that I love! I do have to ask you here, what was it like to perform with David Bowie? Actually I didn’t really get to perform with him We were put in the lineup as ticket sales were slow and we were a big performing act, just back from Europe at the time. The opening act was Duran Duran and we went on before them. We were on stage, got the crowd excited and then the power cut off during “Le Bon”. Not really a good memorable experience but definitely one I haven’t forgotten.

4. I believe you started playing music at an early age, at age 11 playing guitar and at 15 joining your first band, Les Stringmen. What do you think of the music industry today compared to when you started out?

Well, the music industry has certainly had many morphs over the years. We used to produce 45s, LPs, cassettes, and CDs , recorded in studios, packaged just perfectly and then sold. Now of course everything is streamed on the internet and no one wants to even leave their homes to go out to see live bands. You have to work extremely hard to get someone out to a show at 8pm at night. Also everyone loves music but no-one wants to properly pay the guy up on stage!

5. What advice do you have for people who want to form a band and enter the music industry at this point in time?

Making music has to be for fun – if it isn’t it becomes a job! You have to work hard at it though as success is hard to get and also hard to keep!

I believe that you sing in both French and English with a mix of Rock and Country. Something for everyone … In your words, what should music lovers here in Cornwall expect to hear and see when they come to see you perform at the Cornwall Civic Complex on Saturday, May 7th?

They are going to get ELECTRIFIED. They will be coming out with their hair standing up!

Thank you so much for taking the time to answer these questions for the Seeker and we thank Jeff Brunet of Alkaline Entertainment and James Morris from LCVEvents.com for bringing you here to our “Friendly Seaway City”!