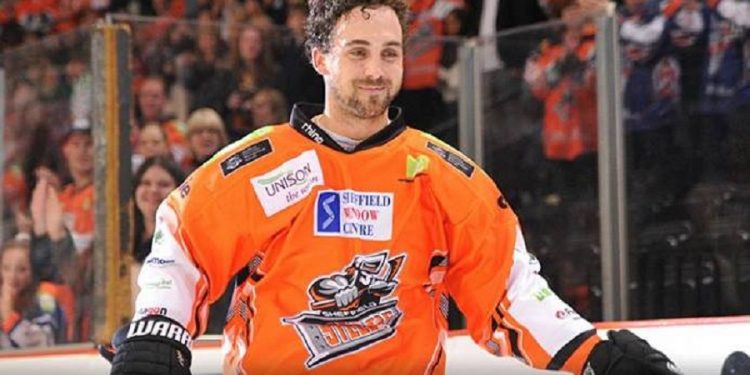 Cornwall Ontario – Local sniper Jeff Legue has returned home to Cornwall and will suit up for the River Kings in 2016-17.

“It was always in the cards, I think, and I still feel I can play so it’s nice to come back home and finish my career in Cornwall,” said Legue, who was drafted by the River Kings in 2012. “And I don’t want to disappoint.”

Legue, 35, spent the last nine seasons with the Sheffield Steelers of the Elite Ice Hockey League in the United Kingdom. In 495 career games in the EIHL, Legue scored 248 goals and 305 assists for 553 points.

What can fans expect from Legue at this stage of his career?

“I work hard every night, which is why I’ve had some success,” said Legue. “If I work hard out there, the points will take care of themselves.”

After leading the Cornwall Colts to a Fred Page Cup victory in 1999-00, Legue went on to star at Ferris State University for four seasons.

“With Jeff retiring from pro hockey overseas and moving back to Cornwall, we knew this would be a good fit for both he and our hockey club,” said Lalonde. “Jeff is as talented a hockey player this area has ever produced.”

Sullivan, a 6-foot-4, 200 lb. stay-at-home defenceman appeared in 29 games for Cornwall in 2015-16. He had 41 penalty minutes and chipped in a pair of assists. The popular local blueliner is an original River King.

Ouimet, 29, scored 15 goals and 17 assists for 32 points in 39 games last season for Cornwall.
Lalonde and Legue will be in attendance this Saturday at the River Kings weekly BBQ, which will be held from 11 a.m. to 3 p.m. (weather permitting) at Jean Coutu in Cornwall.