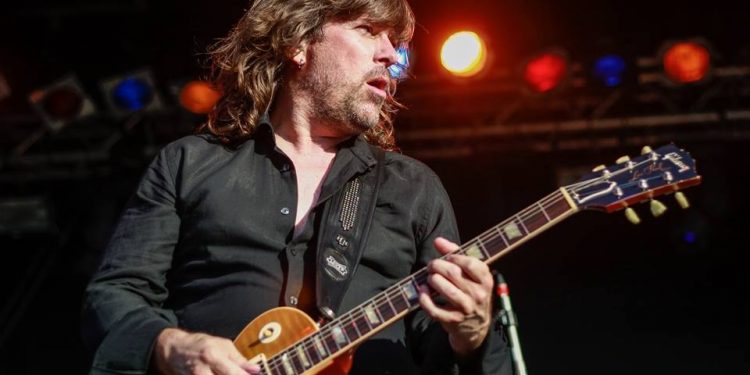 Cornwall Ontario – The Paul Deslauriers Band along with Sean McCann of Great Big Sea and Brad Roberts of the Crash Test Dummies will each be co-headlining the first annual Cornwall Musicfest which takes place on Saturday August 20th at the Nav Centre.

“I’m truly pleased to see the return of an outdoor music festival in Cornwall. We were thrilled to play Lift-Off for the first time two summers ago, not knowing it would be the last edition, so obviously we were sad to see it go. It’s great to see Jason Mitchell and Davey Bedard carry the torch over and create Cornwall MusicFest. I’m quite pleased to be working with these two dynamic entrepreneurs again who have such a passion for music and for the City of Cornwall. Festival concerts are often the highlight of our summer tours not only for the wonderful crowds we get to play to, but also for some of the great artists we get a chance to hear on the same bill. Obviously, I’m proud to be a hometown boy sharing the bill with members of these two legendary Canadian bands,” said Paul Deslauriers.

This past June The Paul Deslauriers Band released their new album Relentless and had an album release in Cornwall. The band which features guitarist and vocalist Paul Deslauriers, along with bassist Greg Morency and drummer Sam Harrison, created a hard-driving blues-rock album. The new album, which can be purchased at record shops or on iTunes, will also be available to purchase at Cornwall Musicfest.

“We were thrilled to begin with just to have the opportunity to represent the Montreal Blues Society and the entire province of Quebec down in Memphis last January. Just making it to the IBC was a privilege indeed, making it all the way to the podium was exhilarating! It meant a lot to us as it was a real shot in the arm and a solid confirmation that what were are doing can appeal to a wide audience of blues fans. We didn’t change our formula because it was a judged competition, we just went down there and tried to be the best Paul Deslauriers Band we could be, and we couldn’t be happier about how it was received. We’re so grateful to have had that opportunity and are happy to say It’s opened the doors for us on the international market and has been a great calling card to open doors for us not only in Canada but the US and Europe as well,” Paul Deslauriers reflected.

Paul Deslauriers have also received Maple Blues and Lys Blues awards and nominations. For Paul Deslauriers it is an honour to be recognized by his peers, the industry, and from fan-based votes too.

“It’s an honour, of course to be recognized by our peers in the industry and even more special when those recognition’s come from fan-based votes. We never make music with the goal of winning awards and the like, we are just humbly working to make the best music we know how to and hope it appeals to people. So when that does come, it’s certainly gratifying,” Paul Deslauriers added.

What is next for The Paul Deslauriers Band? More touring (including in Europe) and the promotion of the new album Relentless.

“The immediate future holds a lot of touring and promotion for the new album. The Relentless album is being released in stores in the US and Europe as well as Canada this time, so we hope to be making several more treks south of the border and eventually over to Europe in the next year, then follow up with a new album in 2017,” Paul Deslauriers concluded.

In addition to The Paul Deslauriers Band, Sean McCann of Great Big Sea, and Brad Roberts of the Crash Test Dummies – there is a full line-up of musical entertainment at Cornwall Musicfest. Other bands playing are the Eagles tribute band One of These Nights, Cardboard Crowns, The Bard of Cornwall Jesse Ferguson, Nick Seguin, Mena Hardy, Bruce Ciccarelli, Tommy Heatley, Ryan & Amanda, and Chris Benton.

Tickets for Cornwall Musicfest are $30 in advance or $40 at the gate the day of the show. The event is licensed and 19+, and alcoholic beverages will be permitted throughout the festival site. There will also be three stages.