My response to 25 Things Cornwall, ON People Know Too Well 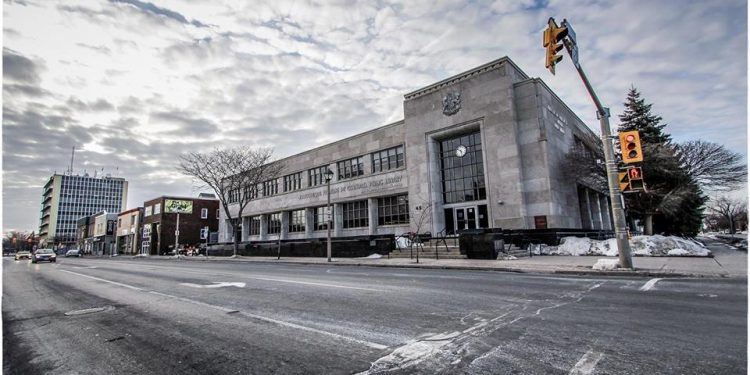 The sweeter truth of it all.

I was born and raised in Montreal.  My move to Cornwall was a fluke.  A beautiful fluke.  Being an outsider, I truly can appreciate the beauty of this area.  It kills me when I see people pointing out all the negative stuff  happening in this city.  It’s the main reason Mai-Liis and I started this paper; to put a positive spin on news.  We know that in order to move forward, the psyche of the community has to change and we’re doing just that.  We’re saving Cornwall from negativity, one newspaper at a time.

Picking up on the lead from Lee Theodore, who published a beautifully crafted response to this list on facebook, here is my response to 25 things Cornwall people know too well. If you haven’t read it, you can find it here:

And that’s a negative thing?  This town is flourishing, overflowing with talent.  The internet has made it easy and accessible for people to produce, record, shoot and publish their own music videos.  I find it rather admirable that so many are willing to subject themselves to criticism from ignorant people to try and achieve their dreams. That’s character!

Yet every winter, it’s somewhere our youth can gather and do something productive rather than hang out in a dark alley and do drugs.  The idea is innovative, original and creative.  Talk about turning trash into a gold mine!

Really?  All I can smell is the scent of lilacs and tulips.  You can also pick up the pleasant odor of fresh grass and water in the air.  Must be coming from your basement.

I’m white.  I don’t have them.  I have white friends.  They dont’ have them.  And don’t tell me it’s because I’m too old.  I have kids who are young adults.  They have friends.  None of them have this.  Never seen it.  Not even once. Must not be THAT common.

Montreal, Toronto, New York, San Francisco… You can find blow jobs anywhere really.  Maybe you should try Shnitzels, Jet Set Pub, or Truffles if the others are not to your liking.

At least, you are not persecuted and killed for your religion, sexual orientation, skin colour or gender.  In Canada, we have freedom of speech.  And yes, that includes the right to preach in public places. Or write shitty lists of 25 negative items about a city.  Would you rather we shut you up?

This is genius when you think about it.  What better way to make sure every store in your mall gets the attention it deserves than by blocking off the escalator.  Everybody has to go around the mall to get out, therefore, businesses stand a chance of surviving.  Plus, it forces us to exercise a wee bit more.

This is not unique to Cornwall.  To this day, the Italian Mob has been doing the same with Italian restaurants.  Didn’t you watch “The Sopranos”?

Huh?  Having a difficult time finding bad things to say?  That’s not even a thing!

Jealous much?  I don’t visit any of these establishments but know people who have had great success with it.  As far as I know, Paleo and Gluten-free is a global thing, not a Cornwall thing.  You should really get out more!

That, my dear, brings thousands of dollar in our community.  I find they’re rather friendly and they’re not preaching at the Second Street Tim Hortons or telling you you’re a sinner, so that’s a plus, right?

Well, can you blame them?  I would be bragging too!

Yeah, yeah.  And McDonalds has a “No Shirt, No Service” policy.

“Did Cornwall have the world’s largest slumber party, and I was just not invited? Rude. “

I wouldn’t want to invite you either… You’re such a Debbie Downer!

Teenaged pregnancies are not joking matter.  Shame on you.  If you’re not part of the solution, you’re part of the problem.

You’re comparing apples and oranges.  Have you ever thought of volunteering and giving life to all your amazing ideas instead of whinning?

My neighbours are Muslim, thank you very much.  Does that scare you?  If so, please refer to item #6.

No.  Actually, I dont.  Seems to me you’re doing a lot of projecting over there.

According to who?  Have you looked at the Fraser Institute Reports lately?  Because St.Anne, Eastfront and Rose des vents top the list…