New Scoreboard being installed at the Cornwall Civic Complex 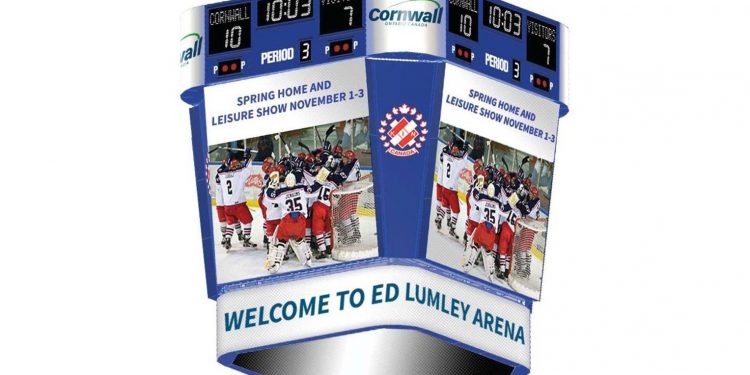 Cornwall Ontario – Here’s an illustration of the new scoreboard that’s being installed at the Cornwall Civic Complex. It’s slated to be installed at the end of August, in time for the coming hockey season.

The Ed Lumley Arena is home to two hockey teams, the Cornwall Colts of the Central Canada Hockey League and the Cornwall River Kings of the Ligue Nord-Américaine de Hockey.

“It will be a great enhancement to the Ed Lumley Arena”, stated Kevin Lajoie on social media.

Situated in scenic Lamoureux Park along the banks of the St. Lawrence River, the Cornwall Civic Complex is a highly versatile and modern facility.

The heart of the Complex is the Ed Lumley Arena, a modern ice rink that boasts state of the art rink boards, seating for up to 5800 people and a versatile sound and light infrastructure.

The Civic Complex can accommodate a variety of events from championship hockey, professional ice skating, marriages, conventions and top entertainment acts such as Nickelback, Alice Cooper and Blue Rodeo.